Television presenter Sonia Kruger is familiar to millions for her roles on shows such as Big Brother Australia and Dancing with the Stars. Having spent two decades hosting several high-profile reality series, as well as talk shows, events and sports coverage, she is one of Australia’s best-known and loved media personalities.

Kruger first came to fame playing the role of Tina Sparkle in the Baz Luhrman romantic comedy Strictly Ballroom. The film won eight AFI Awards and earned a Golden Globe nominated for Best Picture, propelling many of its cast to stardom. Over the following years, Kruger moved into presenting and developed an impressive media career, hosting children’s variety show Wonder World, and serving as an entertainment reporter on shows such as Sunrise, 11AM and Today Tonight.

In 2004, Kruger was announced as one of the hosts of the Australian version of Dancing with the Stars, which she fronted for eleven seasons – initially with Daryl Somers, and later alongside Daniel MacPherson. The celebrity dancing competition has been a consistent ratings hit, and brought Kruger live into the homes of millions of Australians each week. After departing the show in 2011, she hosted the Nine Network talk show Mornings alongside actor and singer David Campbell, and was announced as the presenter of the rebooted Big Brother Australia.

Besides reality television, Kruger has presented of sports events including the Australian Open, the Melbourne Cup and the Olympic Games, and has co-hosted the annual festive event Carols by Candlelight for Vision Australia. In 2020, she was named as a judge on the tenth season of Australia’s Got Talent, joining Shane Jacobson, Manu Feildel and Olympia Valance, and announced that she would be reprising her role as host of the new Big Brother, following its move to the Seven Network. 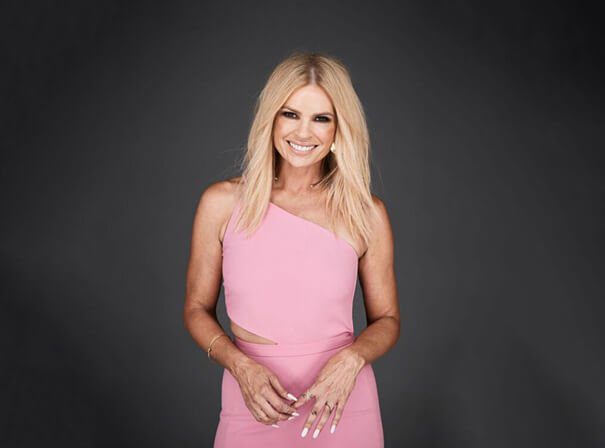