Former professional boxer aka the Celtic Warrior, Steve Collins, is one of a carefully selected number of boxing stars we have on the MN2S roster, and is one available for anything from brand ambassadorial roles to event hosting duties via after dinner speeches. Born in Cabra, Dublin, Ireland, Collins was the former WBO middleweight and super middleweight champion having begun his professional carer in the States. In his long career he lost two world title fights on points, but won 36 of the total 39 bouts he had, 21 of which came by knockout.
Collins was a late bloomer who is said to have only really fully maximised his potential in his thirties. He fought many a times stateside but is often spoken about in the same sentences as the era of British boxing when Chris Eubank and Nigel Benn had their great rivalry. That said, Collins himself fought, and beat, both British boxers on two separate occasions. Since hanging up his gloves, Collins has remained in the spotlight and in 1998 appeared in cult Brit flick Lock Stock and Two Smoking Barrels, directed by Guy Ritchie, as a boxing gym bouncer, and also appeared in the video for U2’s hit single “Sweetest Thing”. 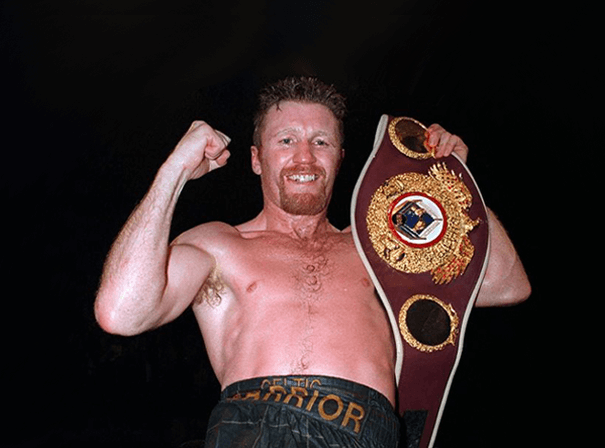