Steve Kindon is a much loved former footballer who is now an excellent after dinner speaker. During his career, Steve played for teams including Wolverhampton Wanderers, Burnley FC and Huddersfield Town and now draws on those experiences to motivate audiences with his engaging and informative talks and motivational speeches. With over 160 top flight goals to his name, this former striker cum left winger was a star of the 70s and 80s and also played for England at various levels including in the youth team, the under-23s and England B.
Given that Steve won the title of the fastest footballer in Britain at the annual competition at the Meadowbank Stadium seven years on the trot, it is no wonder defenders found his pace hard to deal with. One of the genuine “characters” of football, Steve Kindon is a great raconteur whose contribution to any dinner is guaranteed to have the audience rolling with laughter. Nowadays, “Kindo” – as he is affectionately known – prefers to take a more leisurely pace, though travelling the length and breadth of the country at sporting and corporate dinners throughout the land where his humorous reminiscences always leave the audience wanting more. 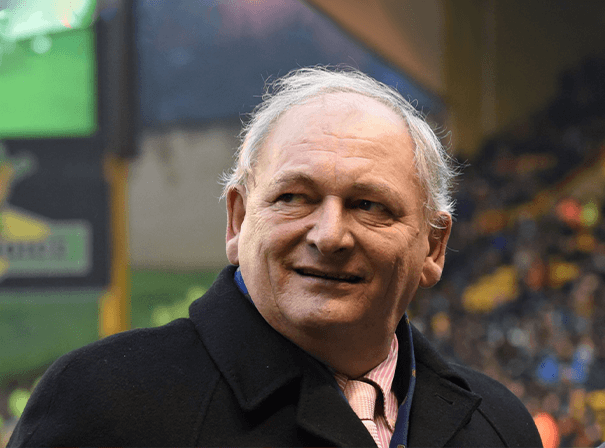