Lauded Canadian news presenter Suhana Meharchand brings a lifetime’s worth of journalistic experience to her numerous speaking and hosting engagements. For a quarter of a century, she has been an anchor and host for CBC, the Canadian equivalent of the BBC. Twice-nominated for a prestigious Gemini award, Meharchand is currently an anchor on CBC News Network, the country’s premier rolling news channel. Her journalistic work has seen her awarded with medals at the Columbus International Film and Video Festival and the International Film and TV Festival of New York.

Meharchand was born in South Africa, where her journalist father ran an underground newspaper under apartheid. The family emigrated to Canada when she was a child, but her father’s work inspired her own career choice. After graduating in Journalism, her first media work was with CHCH, CBET, and CJOH, three television channels serving Ontario. Her breakout success came in 1987, when she became the host of CBC’s What’s New, a national news programme for young people. Meharchand has been associated with CBC ever since, fronting a variety of flagship news shows, including the CBC Evening News.

Away from the cameras, Meharchand is a respected public speaker and tireless charity worker. The varied causes she dedicates her time to include the Candian Paraplegic Association, Gems for Hope (who help cancer patients connect with their families), Performers for Literacy, Princess Margaret Breast Centre, Redwood Shelter for Women and Children, and Toronto’s Hospital for Sick Children. She has the distinction of being an honorary member of the Canadian Women’s Association. 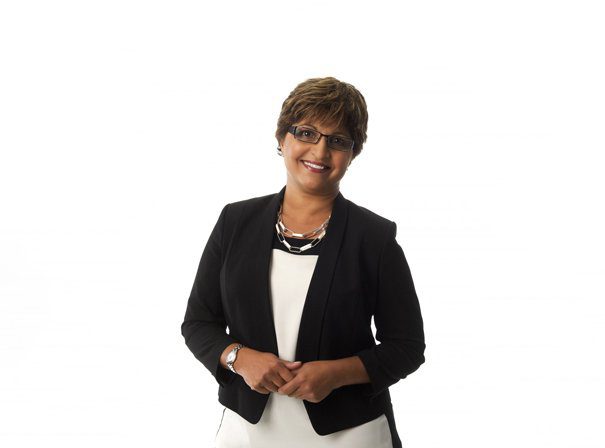