Tammin Sursok has done her fair share of singing, writing, directing, and producing, but is best known to audiences as an actress starring in hit shows like Home and Away, Pretty Little Liars, and The Young and the Restless. She was honored for her contributions to entertainment with an Australian Centenary Medal.

When Sursok was in 10th grade, she had her first audition and was cast as Dani Sutherland in Home and Away. Her portrayal earned her recognition from the Logie Awards, receiving a nomination for “Most Popular Actress,” and winning the title of “Most Popular New Female Talent.”

After five years, Sursok switched gears, working with Sony Music. Her debut album, Whatever Will Be, reached the ARIA Albums Chart, with three charting singles, including “Pointless Relationship,” which was certified platinum, becoming the highest charting debut single in years, reaching number one on the Australian Top 100 Radio Airplay Chart. One of her songs becsme the most downloaded song in its debut week, and another was covered by Vanessa Hudgens.

Upon moving to America, Sursok hit the big screen in Aquamarine. Shortly after, she became the third Colleen Carlton in the popular CBS soap opera, The Young and the Restless, receiving her first Emmy nomination for her performance. Her other TV show credits include Jenna Marshall in Pretty Little Liars, Siena in Hannah Montana, and appearances in Rules of Engagement and In Plain Sight. She’s also starred in a handful of TV movies, most notably, the Nickelodeon musical, Spectacular!, whose soundtrack entered the Billboard Hot 100.

Other movie credits include 10 Rules for Sleeping Around, where she was nominated as “Best Actress” by the New York Film Festival, as well as Braking for Whales, which she wrote, produced, and starred in (alongside Harry Potter’s Tom Felton). 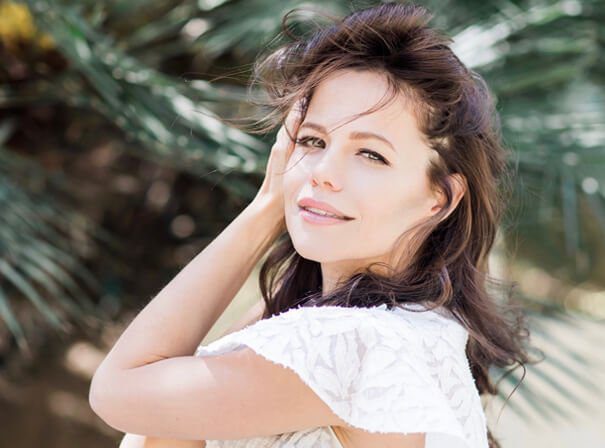