Known as “The Man with the Golden Voice”, Ted William is an American announcer, voice artist, and radio personality who is perhaps as well known for his emotional life story as he is for his wonderful voice. After becoming a popular DJ on Ohio station WVKO during the 1980s, he began suffering from alcoholism. After losing his job, he spent the best part of 20 years in the wilderness, ultimately becoming homeless and turning to crime. After his plight was discovered in 2011, he was inundated with support and offers of work, ultimately becoming the voice for Kraft Foods adverts and working with major brands like Pepsi. He has continued to fight his demons, but unfortunately, even in 2021, he remains homeless. He is however now sober and gives back tirelessly, founding the Ted Williams Project to help homeless shelters and volunteering at them himself. He has written a book about his struggles: A Golden Voice: How Faith, Hard Work, and Humility Brought Me from the Streets to Salvation.

By the mid-1980s, Williams’ life seemed comfortable enough. He was a popular DJ on a popular radio station spinning soul hits throughout the night. However, he began to develop issues with alcohol and drugs, and in 1994, was fired. By 1990, he was in jail — the first of two prison sentences he would serve for theft.

In 2011, he was noticed by a videographer from a local newspaper holding a sign that asked for money and mentioned his “golden voice”. The videographer interviewed him at length about his backstory, and it quickly went viral.
Offers of work and money flooded in, and Williams suddenly found himself a bigger celebrity than ever before. He found steady employment and a home, but sadly he was exploited by some, and his demons returned. Now clean, he still gives back to those in need and still has a remarkably poignant story to tell. 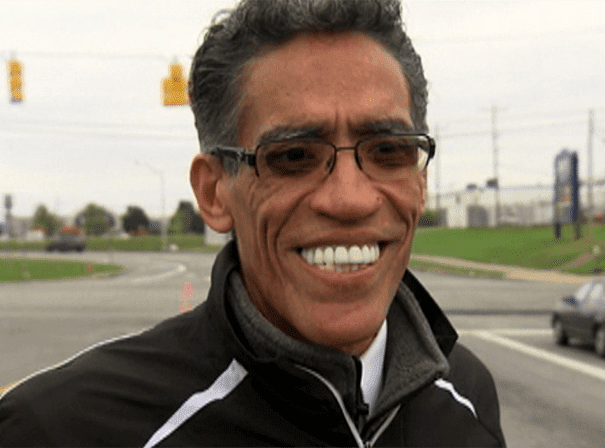