Trailblazer and pop culture icon Tempest DuJour is a drag artist from Tucson, Arizona. Blasting on to the stage in the Emmy Award-winning show “RuPaul’s Drag Race,” DuJour has become one of the show’s most favourite stars of all time. Widely considered one of the strongest ever “first outs,” DuJour has left a lasting impact on the well-loved show. An Arizona native, DuJour’s non-stage name is Patrick Holt. A professor, single parent and only Arizonan to ever appear on the show, DuJour is a leading voice in challenging societal norms.

Popular on the global drag circuit, DuJour has been growing in popularity since her appearance on season 7 of “RuPaul’s Drag Race.” DuJour wittingly refers to herself as “the sacrificial lamb” of the show. Eliminated before DuJour could display her acting and comedic stylings, fans caused a stir as a result. Throughout her sensational career, DuJour has also appeared in the comedy musical “Cherry Pop” and the popular television series “Hey Qween.”

Nothing can stop DuJour. Unafraid to celebrate and educate others about the world of drag, DuJour is having a lasting impact on the industry. Helping to inspire a generation to appreciate the relevance of drag, DuJour continues to raise the profile of her artform. Beyond the glam and vibrant stage, DuJour spends time with her family, canine companions and her pet emu Frank. 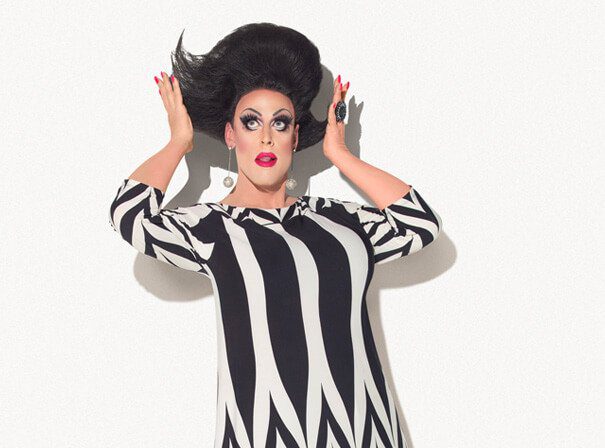