Vintage queen and modelling superstar, Cherokee Jackson aka The Cherry Dollface, has revolutionised the fashion scene with her brave, bold looks. Oozing with 1950s glam appeal with a modern twist, Jackson is creating something worth celebrating. From launching her own clothing brand to helming Skin by Cherokee as a Licensed Esthetician, Jackson is a force to be reckoned with. Born in California and raised in Portland, Jackson launched her mesmerising modelling career after a photographer snapped a photo of her outside Viva Las Vegas. The picture adorned the front cover of Ol’ Skool Rodz and quickly grabbed the attention of several companies and magazines. Now considered one of the leading voices in vintage fashion, Jackson has a long and exciting career ahead of her.

As a content creator, Jackson cultivates her growing YouTube channel with lifestyle videos, hair and makeup tutorials, tips on how to be a pinup model, cooking and everything in between. Uploading fresh, new content twice a week, Jackson’s Cherry Dollface channel has ranked up an impressive 26.4M views. Incredibly accessible and authentic, Jackson has found the perfect balance between educational, fun and inspiring. With a formidable 323K subscribers, Jackson’s breathing fresh air into the social media world. What’s more, her talent for drawing in the crowds has earned her a respectable 200K Instagram following. With a range of projects and collaborations in the works, Jackson will be inspiring audiences for years to come. 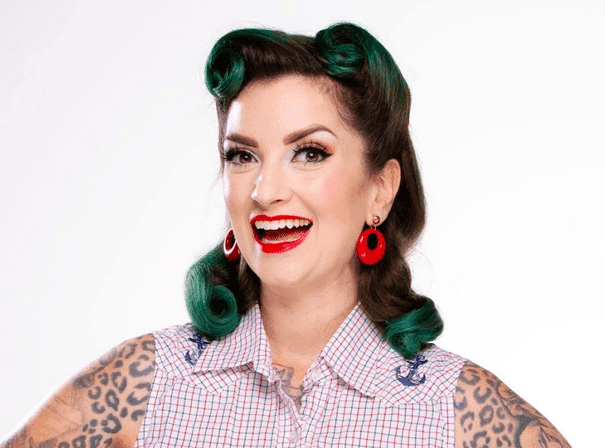