British pop-rock sensations The Vamps have dominated the U.K. charts since their 2012 debut, enjoying a meteoric rise that’s seen them go from uploading covers to YouTube to headlining London’s O2 Arena and releasing a UK No. 1 album. With an upbeat, fresh-faced sound that appeals to fans of One Direction, The Wanted and McFly, these four talented musicians are one of the UK’s most successful pop acts.

Vocalist James Vey approached the other members of The Vamps after scouring YouTube for potential band members. Uploading covers of pop tunes to their own channel, they swiftly developed a devoted following, signing a major-label deal with Mercury Records and embarking on tour with pop group McFly. Their 2013 debut single, ‘Can We Dance’, was an instant success, notching over a million views in under two weeks and debuting at No. 2 on the UK Singles Chart. Their first album, ‘Meet The Vamps’, swiftly followed to similar acclaim.

Since their stunning debut, The Vamps have founded their own record label, Steady Records, before issuing two further albums and a series of highly-charting singles, earning their first No. 1 spot in 2017 with the EDM-influenced Night & Day. A concept album split into two parts, the album received two separate releases, featuring contributions from Machine Gun Kelly, Danny Avila, and Martin Jensen. 2018 saw the release of ‘We Don’t Care’, a single produced in collaboration with DJ and producer Sigala that sees the group further refine the dance-oriented sound they explored on Night & Day. 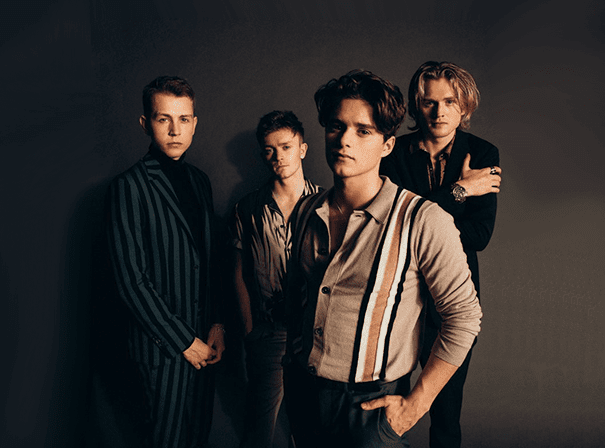