Born Touraj Houshmandzadeh Jr., TJ is a former NFL wide receiver with over a decade playing professionally. Born and raised in California, TJ first attended Cerritos College. During his two seasons with their team he was made a First-Team Mission Conference selection every year. Due to his impressive performance at Cerritos, TJ was offered an athletic scholarship from Oregon State University in 2000. During his sole season with the team he helped them defeat Notre Dame at the 2001 Fiesta Bowl, with a massive 41-9 win.

TJ was drafted straight out of College, by the Cincinnati Bengals at the 2001 NFL Draft. Starting off with a bang, the talented youngster set a franchise record his first year with 126 punt return yards, playing against the Cleveland Browns. TJ scored his very first career touchdown in 2005, and he and fellow Bengal receiver Chad Johnson were named one of the NFL’s most exciting receiving tandems. The following year TJ was named AFC Offensive Player of the Week for his stunning performance in his season debut game against the Pittsburgh Steelers. He ended the 2006 season with 90 receptions for 1,081 yards and 9 touchdowns, all career and team highs.

TJ started off the next season strong, and ended it even stronger, setting a franchise record of 112 receptions for 1,143 yards and 12 touchdowns. His 112 receptions tied the NFL record for most receptions in a season. Unsurprisingly his killer year earned him a selection to the Pro Bowl for the first time in his career. From 2009 to 2011 TJ jumped from the Seattle Seahawks to the Baltimore Ravens and then the Oakland Raiders, before eventually retiring. In 2016 he was named wide receivers coach at Long Beach Poly High School, and was promoted two years later to Varsity Offensive Coordinator. He also works as a football analyst for FS1. 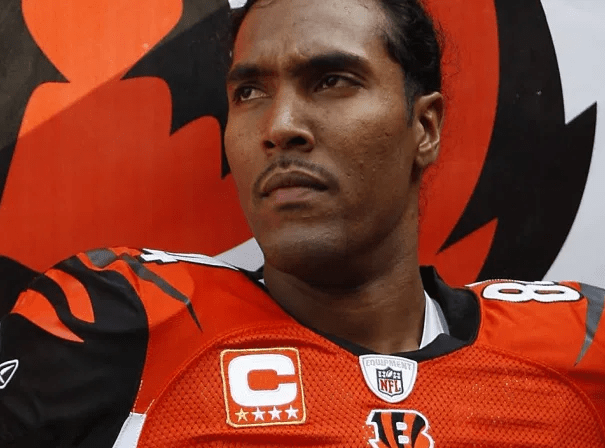