Angelo has always been fascinated with cars and racing, learning to fix and modify cars in his garage when he was still a teenager. He started to read Japanese videos and magazines which is where he discovered the sport of drifting, and when he realised there was a lack of local racing events he launched his own series. The events proved hugely popular, and Angelo began building a reputation for himself with coverage in Wired Magazine and an increased interest in drifting as a sport across America. In 2004 he started racing professionally in the first ever Formula Drift competition, quickly establishing himself as a fierce competitor and one to watch. He raced for many years, also becoming a judge at the competition and overhauling the scoring and judging system for the sport. Angelo then founded the Drift Alliance, and continues to race at grassroots events in his local area.

Most recently, Angelo has returned to the track as part of Scion Racing, and has appeared in high profile advertising campaigns for Audi, Nissan and Chevrolet. He is also the host of the Motor Trend TV show Hot Rod Garage and is credited with revolutionising the professional world of drifting both on and off the track. 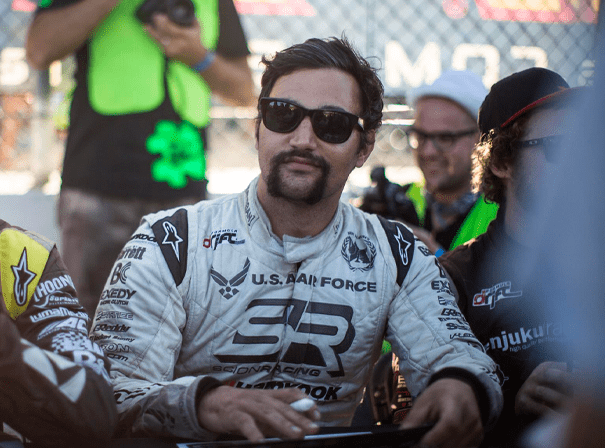