Africa’s most successful comedian, Trevor Noah is the host of the award-winning The Daily Show on Comedy Central. Named one of the 100 most influential people in the world by Time magazine in 2018, he has received numerous accolades including a Primetime Emmy Award. He has also starred in several comedy specials including Afraid of the Dark on Netflix and Trevor Noah: Lost in Translation, a one hour stand-up special on Comedy Central. He has performed in sold-out shows across 5 continents, and was the subject of David Paul Meyer’s documentary You Laugh But It’s True, the tale of his incredible career in post-apartheid South Africa.

Born in Johannesburg, Noah started his career in South Africa in 2002 as a comedian, presenter and actor. He went on to host several television shows with the South African Broadcasting Corporation (SABC), and in 2008 he was fourth in South Africa’s Strictly Come Dancing. Noah also began to rise to prominence internationally through his stand-up comedy career, appearing on English panel shows and American late-night talk shows. He became the Senior International Correspondent for the Daily Show in 2014 and became host a year later.

In 2016 Noah published his first book Born a Crime: Stories from a South African Childhood, which became an overnight New York Times bestseller. The audiobook of Born a Crime became Audible’s highest rated title of 2016 and was nominated for several awards including Outstanding Literary Work by a Debut Author. 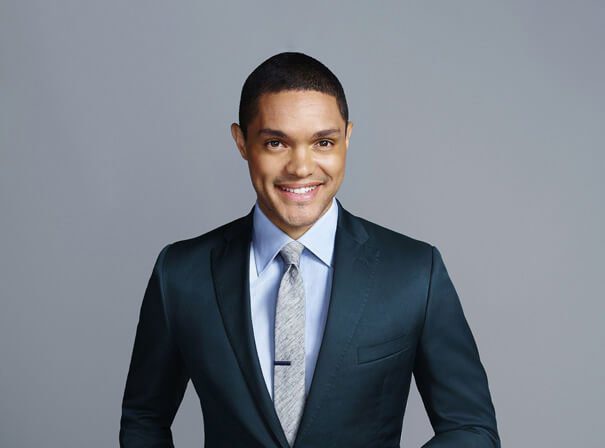