Malawian inventor and author William Kamkwamba first made headlines around the world when he built an electricity-generating windmill as a teenager. The visionary and inspiring innovator is the author of The Boy Who Harnessed the Wind, the subject of the award-winning documentary William and the Windmill, and was previously named by Time magazine as one of 30 People Under 30 Changing The World.

Growing up in Malawi, Kamkwamba was forced to leave school due to the impact of famine and poverty, but continued to educate himself at a local library. Reading about electricity, he set about experimenting with junk and recycled parts, and at the age of 14 he constructed a wind turbine to power his family’s house using salvaged materials. His story soon spread, and Kamkwamba was later invited to address events including TEDGlobal, Maker Faire Africa, and the Google Science Fair. In recognition of his extraordinary talent, he was awarded a scholarship to the African Leadership Academy, and would go on to graduate from New Hampshire’s Dartmouth College. As an inventor, he has continued to work towards goals such as solar power generation, clean water supply and malaria prevention.

In 2013, Kamkwamba released his autobiography, The Boy Who Harnessed the Wind, which was later adapted into a film by and starring Chiwetel Ejiofor. He also appeared in the documentary William and the Windmill, which was awarded South By Southwest’s Grand Jury Prize for Best Documentary Feature. He has featured in Michael Hearst’s book Extraordinary People, has been profiled by the likes of The Wall Street Journal, and has appeared widely in the media, including on The Daily Show and Wallace and Gromit’s World of Invention. 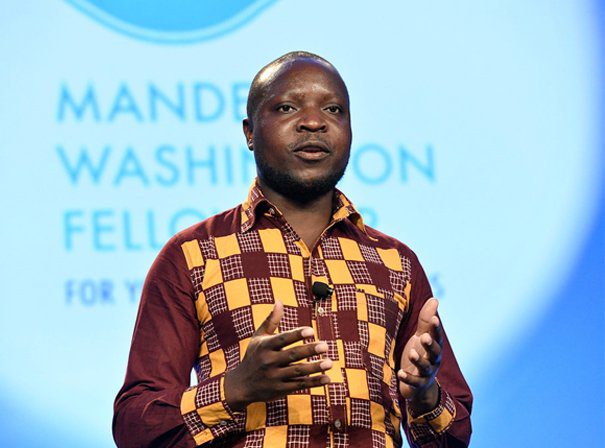