One of America’s finest stand-up comedians, William Lee Martin has been likened to “your favourite uncle…who’ll tell you a funny story, then sneak you a shot of Tequila”. Martin recently celebrated his 25th year in stand-up by embarking on the All-American Mutt Comedy Tour, which premiered in his home city of Fort Worth, Texas. Although already established, Martin’s reputation grew massively during the 2020 pandemic. He began streaming live clips of his shows on his social media platforms and appearing on podcasts to do his “4 pm Daily Talk, Y’All”, adding not far off half a million fans to his already considerable fanbase.

William Lee Martin was born in 1966. He was a relative latecomer to stand-up, not performing his first gig until he was 30. From that point on, however, things happened quickly. Within three years, he’d gone from being first on at local open-mic nights to being top of the bill at Texas’ biggest comedy clubs. Before he knew it, he was entertaining American troops on overseas duty and touring with country giants such as George Jones.

Martin’s association with country music resulted in his first television special, Let the Laughter Roll, being broadcast on Country Music Television in 2015. He has since had more TV specials aired, including Standing in the Middle and The Nutcracker – A Christmas Standup Spectacular, both of which can also be heard on audio platforms such as iTunes and Spotify. Martin has used his success to create the non-profit Cowboys Who Care Foundation, which works to support children living with cancer and other severe illnesses. 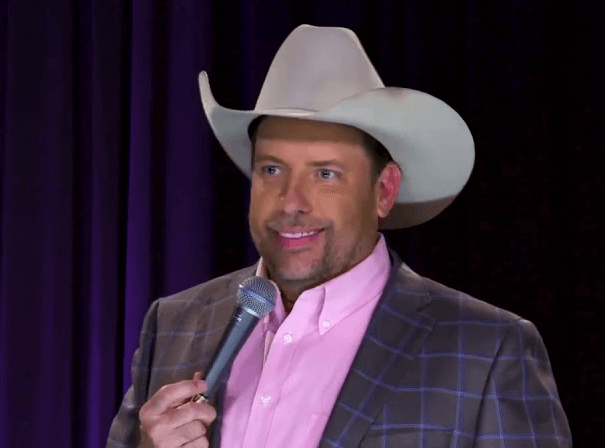