Fashion models don’t come much more inspiring than Winnie Harlow. The Canadian-Jamaican beauty has smashed boundaries and redefined beauty standards by becoming one of the world’s most popular and sought-after models whilst having prominent vitiligo (a condition that causes skin depigmentation). She shot to fame after appearing on America’s Next Top Model in 2014 — the only Canadian ever to appear on the show — and has been unstoppable ever since. She has graced the cover of every major fashion magazine you can name (Cosmopolitan, Vogue, Glamour, etc.) and has modelled for everyone from Marc Jacobs to Nike to Victoria’s Secret. She has also appeared in music videos for the likes of Beyonce, Eminem, and the Black Eyed Peas.

Harlow was born in Ontario, Canada, in 1994. She was diagnosed with vitiligo aged four and suffered much traumatic bullying and abuse growing up. She was forced to change schools several times because of this, and at one point, things became so bad that she considered suicide. Thankfully, however, she had a strong and loving family around her who she credits for normalising her vitiligo and making her feel like anything was possible.

Harlow had already made substantial progress as a model and a spokesperson for vitiligo when she was spotted by Tyra Banks, who put her forward for the 21st series of America’s Next Top Model in 2014. Harlow didn’t win, but she became one of the series’ undoubted breakout stars and can now count an Instagram audience of close to 10 million followers. She is also popular on TikTok where she has over 400,000 followers and her content has been liked 3.2 million times. 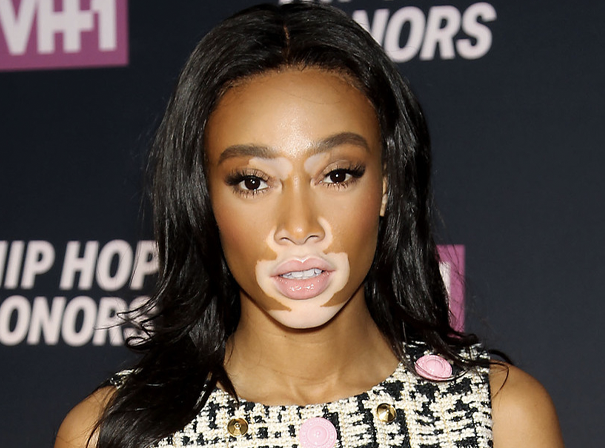