Productive and reliable Footballer Yannick Ngakoue has never had fewer than eight sacks in a season. Acquired by the Indianapolis Colts in 2022, the defensive end has also never missed more than one game in a season. A third round pick of the Jaguars in 2016, he kicked off his career playing Bradley’s defense and enjoyed the 2016-2019 seasons with the side and in 2017 he hit a career high 12 sacks and six forced fumbles earning a spot in the Pro Bowl. Prior to joining the Colts, Ngakoue has played one season each for the Baltimore Ravens, Minnesota Vikings, and Las Vegas Raiders – where he recorded two forced fumbles in 883 snaps (the second-highest snap count of his playing career so far), 63 pressures and 10 sacks in 2021.

Hailing from Washington, D.C., Ngakoue was the Gatorade Football Player of the Year for Washington D.C whilst attending Friendship Collegiate Academy Public Charter School. Rated as the fourth best outside linebacker in his class and as a four-star recruit by Rivals.com, he committed to play college football at the University of Maryland where he became a standout player. After setting a school record with 13.5 sacks as a junior in 2015 he decided to forgo his senior season and entered the 2016 NFL Draft.

Ngokoue was selected by the Jackson Jaguars in the third round (69th overall) and stayed until 2020, before stints with the Minnesota Vikings, Baltimore Ravens and Las Vegas Raiders. Signed to the Indianapolis Colts since 2022, there is still much more to come from this top class player. 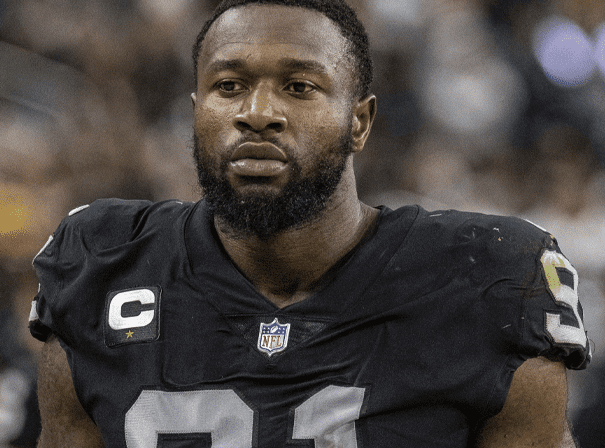