Yoandy Leal Hidalgo is one of the few athletes to play on two international volleyball teams: he’s represented Cuba and Brazil on the world stage. With a height of 6’7”, a 348 centimeter block and a 361 centimeter spike, it’s no wonder teams all over the world want him.

Born in Cuba, Hidalgo worked on switching his citizenship so he could play with reigning champion, Brazil, and found a home on the team in 2019 after being on the most successful club in between his switch, Sada Cruzeiro. During his time with them, he brought home one bronze, one silver, and three golds from the FIVB Club World Championships, where he received honors for being “Best Outside Spiker,” “Most Valuable Player,” and “Best Spiker (twice).” He’d go to win silver and three golds from the South American Club Championships while being awarded “Best Outsider Spiker,” “Most Valuable Player” two more times, and “Best Spiker” three more times.

Some of his future Brazil teammates played on that club with him too, promoting him as a team player and a skilled hitter. Now, he’s with the Brazilian national team as well as an Italian Club, Cucine Lube Civitanova, where he’s been decorated in gold at the FIVB Club World Championships, as well as the CEV Champions League.

After one year of silver in the Brazilian Superliga, Hidalgo upgraded two four gold finishes, while also being named both “Best Spiker” four times and “Most Valuable Player” three times, respectively. He also has two Brazilian Cups under his belt, as well as an Italian Championship.

Other honors include “Best Server” from the 2010 FIVB World League, “Most Valuable Player” by the 2019 Memorial of Hubert Jerzy Wagner, and “Best Outside Spiker,” by the 2019 South American Championship. 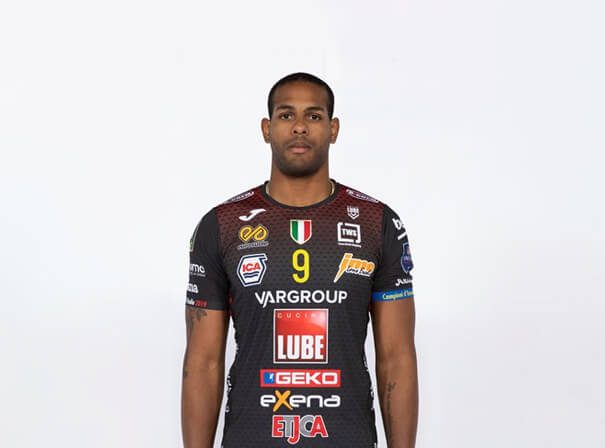