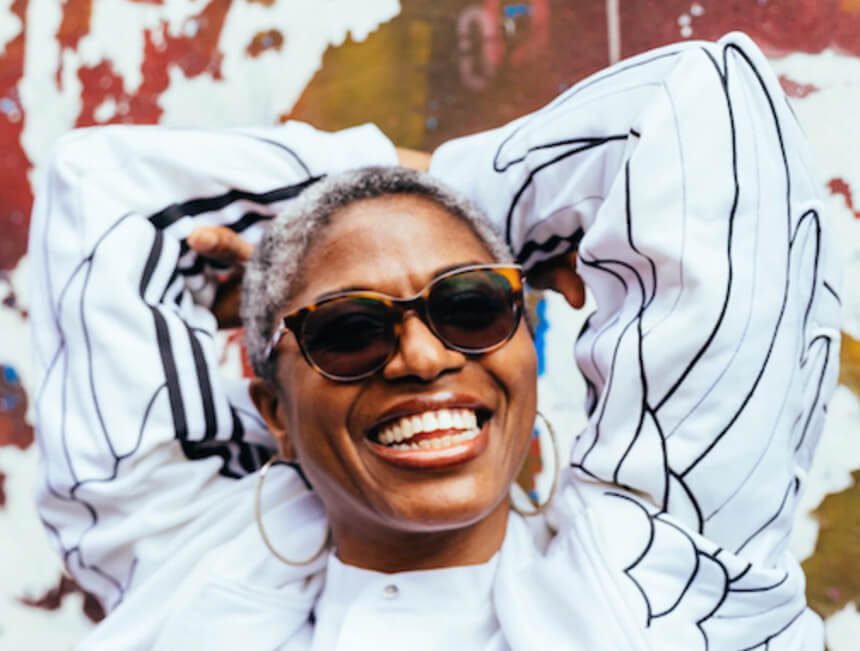 Who doesn’t want to know what their favourite DJ is listening to?

Forget Shazam, here’s Lucky Seven: the feature where we ask each of our exceptional DJs to select seven of their finest floor-fillers and hidden gems to share exclusively with our readers. This week, we caught up with veteran DJ and former Hacienda resident DJ Paulette to pluck seven of the best from her undoubtedly bottomless record bag.

Stevie Wonder – Do I Do (Motown)

This sexy love song appeals to every single atom and part of me – from buying Original Musiquarium in the early ‘80s, to listening to it on repeat and learning the lyrics, to dancing to it and letting myself release to groove any and every time I hear it, and then playing it as a DJ in every disco set possible.

What’s not to love about 10 minutes of superlatively arranged, dynamic disco that’s a dancing delight from start to finish – and, if you listen right to the end, Stevie raps and Dizzie Gillespie blazes the horn section. ‘Do I Do’ is a chart-topping record that’s flawless, ageless, timeless and as relevant to any dancefloor in 2019 as it was when it was released in 1983. They just don’t make records like this anymore. Perfection.

“‘Do I Do’ is a chart-topping record that’s flawless, ageless, timeless and as relevant to any dancefloor in 2019 as it was when it was released in 1983. They just don’t make records like this anymore. Perfection.”

This is a theme tuneof sorts and a lip-sync moment supreme for me. Stonebridge was an untouchableremix hit factory at the time – everything he released was a hit but how woulda show tune fare on the dance floor? Gold, gold, gold. Every time I play thisrecord I get goosebumps. I have many good and funny memories of playing this atHOME (Ducie St) and Flesh in Manchester and I absolutely hammered this duringmy residency at The Zap in Brighton. One of the best, brightest and bounciest ‘90shouse records ever released. Still love it.

From the sprawlingchurch organ intro to the plucked guitar and synth wash build, this record hasbeen an opener and a closer from me the world over since 1999. I have played iteverywhere from Space and Pacha in Ibiza to Queen in Paris and Ministry ofSound, London and International Tours 1999 / 2000. It continues to be locked onmy USB key and record box for ‘classics’ play today. The lyrics are so real –and the refrain ‘today will be the day I make it ‘cause I don’t need anyoneelse – if you believe, you’ll find a way’… Jocelyn Brown tears up the vocals.Whenever I play it, every hand is in the air and there’s never a dry eye in thehouse.

“Whenever I play it, every hand is in the air and there’s never a dry eye in the house.”

I played this record every set after I bought it at Mix Club in Paris. From 2005 to 2006, every Friday, every Saturday, every special high day and holiday, it was always a moment – no matter which point I programmed it. It’s all about the relentless pulse, the build, the sustained tones and pads, and those pizzicato strings (which are any violinist’s air-violin moment). It sets fire to the dance floor and burns up the dance even today…

Like the lyric says – “the power of the groove can change things”… and this track (in fact the whole Nuyorican Soul album) was most certainly a game- changer for vocal house music.  I had the good fortune to have created the UK press and publicity campaign for this project and that in itself is gold. The incomparable Jocelyn Brown is up to her tricks again, delivering one of the most uplifting and powerful vocal interpretations captured on a ’90s / ’00s dance, gospel and R&B record.

Just like ‘Believe’, the lyrics mainline a positivity shot straight to your heart. My advice? Opt for the absolute indulgence of the nine minute-long, epic Masters At Work excursion and see what it does to your soul and your dancefloor. Thank me later.

“The lyrics mainline a positivity shot straight to your heart. My advice? Opt for the absolute indulgence of the nine minute-long, epic Masters At Work excursion and see what it does to your soul and your dancefloor. Thank me later.”

When I first bought this record, it was credited to The Aztec Mystic and had a man with an animals head and a spear on the blue and red middle. It was also a tune that me and Azuli Records boss David Piccioni had tracked down like bloodhounds after hearing it played out during the Miami Winter Music Conference in March 1999. We managed to license it from DJ Rolando for our Azuli Presents Miami 2000 compilation, but only by agreeing to strip it onto the end and not credit it anywhere on the artwork. Azuli was way too commercial a label for Underground Resistance to be known to be licensing their music to.

It’s got fire, punchy percussion, soaring strings and the rolling keys. This record gets a regular steady stream of requests to my booth whenever I play it – you can file it alongside Pepe Bradock’s ‘Deep Burnt’ and Rhythim Is Rhythim’s ‘Strings Of Life’. Put your hands up for Detroit.

The Joubert Singers – Stand On The Word (Plateau Records Inc.)

I love a spiritual gospel vocal and this record takes the dancefloor to church any time I play it. The keyboards are so emotional. It was covered by Keedz in the early ’00s (Justice produced this version) but the Joubert Singers version, remixed by Larry Levan, is the one I have played to death and it’s the one touched by the hands of Walter Gibbons / Tony Humphries. Disco aficionados the world over swear by it. That’s how the good Lord works.

“Disco aficionados the world over swear by it. That’s how the good Lord works.”

One of the industry’s most exciting names, Pretty Pink continues to redefine the limits of what a DJ is capable of. Anne…