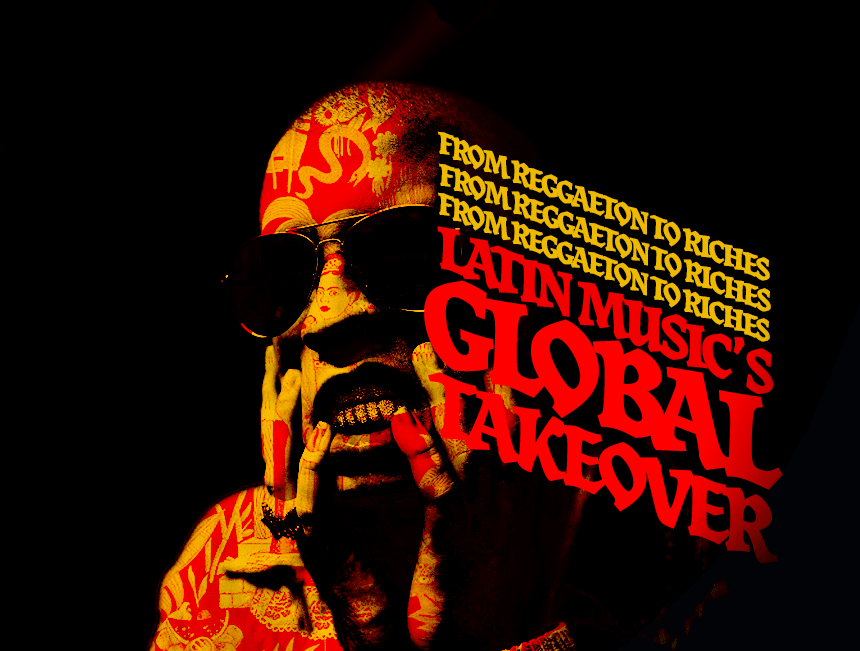 Latin genres such as reggaeton, cumbia, bachata, and merengue have fused with North American trap and urban music to dominate the global pop scene.

If you were going to pinpoint the moment that Latin music hit the mainstream, you might rewind to 2017, when Luis Fonsi and Justin Bieber teamed up to release their incredibly successful hit single, “Despacito”. Eventually becoming history’s most-streamed song and YouTube’s most-watched video, the track spent a record-breaking sixteen consecutive weeks at No 1, marking the first time in Billboard’s history that two non-English language songs – the other being J Balvin and Willy William’s “Mi Gente”- had appeared in their Top 10 simultaneously. It’s becoming increasingly clear that Latin music is challenging the long-held dominance of North America and Britain in the global music scene – but how did we get here?

Latin American music is made up of a broad spectrum of micro-genres and styles that blend traditional Latin rhythms with modern influences, but there’s no variation that’s had more of an influence on global pop music than that of reggaeton. Coming out of Puerto Rico in the early ‘90s, this irresistibly dynamic sound threaded together the dembow rhythms of reggae and dancehall (the majority of reggaeton is built around one sampled beat, originally produced by Bobby Digital for Shabba Ranks’ ‘Dem Bow’) with the grit and vigour of American hip-hop.

Reggaeton took over the nation’s underground before being unofficially outlawed by the Puerto Rican government: with sexually explicit lyrics and roots in underprivileged communities, the music represented a threat to the upper classes. Despite this initial controversy, reggaeton gradually infiltrated the mainstream, as artists such as Daddy Yankee and Ivy Queen spread the sound across Latin America and beyond. Instantly recognisable tracks like “Gasolina” found secure footing in the charts, prompting artists outside of Puerto Rico to adopt the genre, eventually pushing reggaeton to the forefront of Latin American popular music.

The increasing popularity of crossover styles like reggaeton demonstrates that the contemporary music scene is becoming a truly global environment. Thanks to increased technological connectivity, globalisation and immigration, styles and genres that might once have remained within their local community are now spreading far and wide. The most obvious example of this is the adoption of Latin music into the Western mainstream, a development which has irrevocably transformed the global music industry in the space of a few short years. Latin styles and Spanish-language music have developed a significant presence in both North American and European markets since 2015: revenues from the Latin sector of the U.S. music industry have been rapidly growing, from $176 million in 2016 to $243 million in 2017, culminating in an incredible $413 million in 2018. Between 2016 and 2017, Spanish-language entries on the Billboard Hot 100 rose from four to 19. In 2018, the consumption of Latin albums outpaced that of both EDM and country music in the U.S: in 2018, Latin music made up 9.4% of all album listening, while country came in at 8.7%. These figures clearly demonstrate an upward trend that’s unlikely to decelerate anytime soon.

“2017 was the year that Latin music filled our playlists and dominated the airwaves like never before.”

Although reggaeton artists like Daddy Yankee, Melymel, J Balvin and Nicky Jam have influenced the North American music scene, establishing themselves in the global mainstream and compelling listeners outside of Latin America to engage with music that stems from the region, the process has worked both ways: North American artists are now featuring on tracks from prominent Latin artists, and styles that originated in the United States (trap, hip-hop, mumble rap) are merging with Latin genres like reggaeton and bachata to form hybrid variants that have broad appeal across both markets.

One such hybrid is Latin trap, a genre that builds on the reggaeton framework with features of contemporary U.S. urban music: melodic, half-sung verses that recall mumble rap, beats that incorporate the quickfire 16th-note hi-hats of trap music, and polished, imaginative production that signifies a step away from reggaeton’s home-produced, underground feel. Latin trap artists like Bad Bunny and Ozuna have found massive success across both Latin and North American markets, prompting American stars to pay close attention: where a decade ago Latin rappers might have been convincing English-language acts to collaborate, Latin music execs are now being chased by major American artists desperate to capitalise on the global buzz surrounding names like Bad Bunny, Ozuna, and J Balvin.

2018 saw some of the world’s biggest names in pop and hip-hop recruit top Latin artists to bring a new flavour to their tracks. Cardi B teamed up with Bad Bunny and J Balvin to record ‘I Like It’, a global smash hit that now has close to a billion views on YouTube, and months later, Bad Bunny enlisted Drake, one of the world’s most successful artists, to contribute a feature to ‘Mia’. The 6 God even chose to sing in Spanish, a decision which hasn’t remotely affected the track’s popularity outside of Latin America – if you need proof that Latin music has been accepted into the Western mainstream, look no further.

Some claim that this acceptance has come at a cost, however. Styles like reggaeton have been warmly received by America and Europe, but reggaeton is only one genre among the multitude of styles that constitute Latin music: other variations, such as merengue, bachata, cumbia, flamenco and vallenato, are arguably at risk of being sidelined due to reggaeton’s burgeoning popularity. Eduardo Martínez of Calle 13 has claimed that in “Latin music right now, all the sound is the same. It’s all the same harmony, the same arrangement, the same key.” It seems that reggaeton’s unprecedented reach and dominance might be closing doors on other Latin styles: every Latin hit on the Hot 100 in 2018 was officially classified as reggaeton or trap. There is hope, however. James Blake recently enlisted pop-flamenco phenomenon Rosalía for a feature, and cross-over artists such as Becky G are currently bringing cumbia into the U.S. charts.

Looking at the dramatic changes in the music industry that have occurred over a few short years, one might wonder what triggered this seismic shift. For an answer, it’d be wise to zoom out, and examine the larger forces driving change in global culture. The global music industry has traditionally been dominated by two nations: the U.S. and the U.K. The reasons for this are manifold – economic power has long been concentrated in the Western, English-speaking world, and the institutions that controlled and directed music (record labels, distributors, media outlets) throughout the 20th century were established in Britain and America. Before the advent of the internet and the rise of streaming platforms, these institutions had near-total control over what kinds of music became successful, and unsurprisingly, they focused on styles that originated locally: pop, rock, hip-hop, and electronic music.

“More than any other genre, the growth is streaming is powering Latin music’s resurgence. Streaming is helping break down walls between countries and continents.”

Since the turn of the millennium, the internet has brought diversification and democracy to the music industry, allowing independent artists, localised scenes and underground sounds to develop and flourish unlike ever before. The ease through which music can now be discovered and distributed has enabled the 21st century musical landscape to become truly global, as fans from one side of the world connect with artists from another. Latin music’s explosion in popularity is due in no small part to this development. Services such as YouTube have given a huge platform to Spanish-language artists: their latest year-end report showed that half of the top 100 most-viewed videos on YouTube in 2018 featured Latin acts, including eight of the top ten. These developments, in conjunction with the increasing trend towards streaming as the dominant mode of musical consumption, have propelled the rise of Latin sounds even further. In the contemporary music industry, artists need not rely on large, multi-national corporations to promote their music and find success: they can use the internet to their advantage, reaching fans across the globe and kickstarting an entire career through a handful of well-produced videos or an inclusion on one of Spotify’s most popular playlists.

What does this mean for the global music industry?

Music fans around the world have always sought out sounds that sit outside of their cultural and artistic norms, and in 2019, they’ve never been easier to find. The freedom given to artists and fans by streaming services and internet platforms has enabled styles like reggaeton to penetrate the once-exclusive world of mainstream Western music, a progression that could ultimately transform the global music industry forever. Though reggaeton’s rapid infiltration of U.S. pop and hip-hop doesn’t do justice to the multiplicity of musical forms found across Latin America, it undoubtedly points toward a more inclusive future, in which English-language music, based solely on forms and ideas of American and British origin, loses its dominance of the global scene. If this progression can bring about a more diverse landscape, where popular music truly reflects the infinitely varied abundance of rhythms and sounds that our world contains, then it is without doubt an exciting step in the right direction.

“Our music is a part of the vocabulary of the mainstream world, and now the sky’s the limit.”

The 2018 Grammy nominees have been announced, with Luis Fonsi, Jay Z, and Bruno Mars leading the pack.   ‘Despacito’ has won…