Puerto Rican-born singer-rapper Benito Antonio Martínez Ocasi has enjoyed a meteoric rise over the past two years, moving from a teenager flexing his vocal cords while singing at school and in church to a global superstar that’s been tipped as the hottest Latin artist in the world, amassing billions of streams and views and recording with Drake, Nicki Minaj and Future.

The artist known as Bad Bunny is at the forefront of an explosively viral sound known as Latin trap, a fresh new variant on the ever-popular genre that features weighty production, memorable hooks and unapologetically suggestive lyrics. His trademark baritone vocal tone and idiosyncratic cadence have captured the minds and hearts of music fans throughout Latin America and beyond, propelling him to international stardom and opening up opportunities across the world.

The irreverent rapper has yet to release an album, content to rack up astronomical views on YouTube dropping viral hit after hit. With full-length project La Nueva Religión in the works, the trap king has been busy completing sell-out tours across Latin America, the U.S. and Europe, while collaborating with top-tier names across both the Latin and North American music scenes. His latest hit, the sun-soaked banger “Estamos Bien” (“We Good”) is a triumphant victory lap, hitting almost 100 million YouTube views in only a few weeks and sending out a clear message to the music industry: Bad Bunny may have made it, but this is only the beginning. 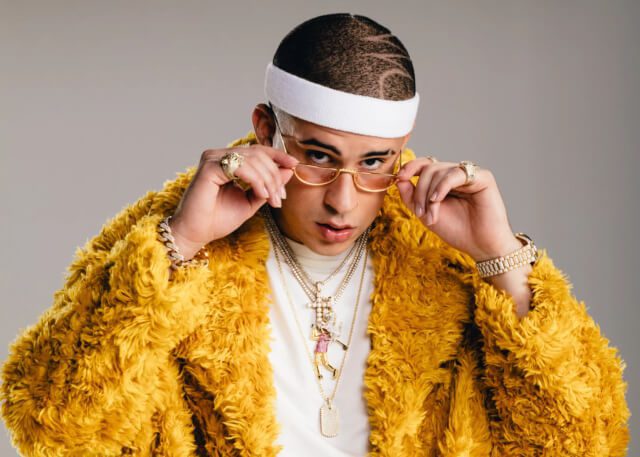