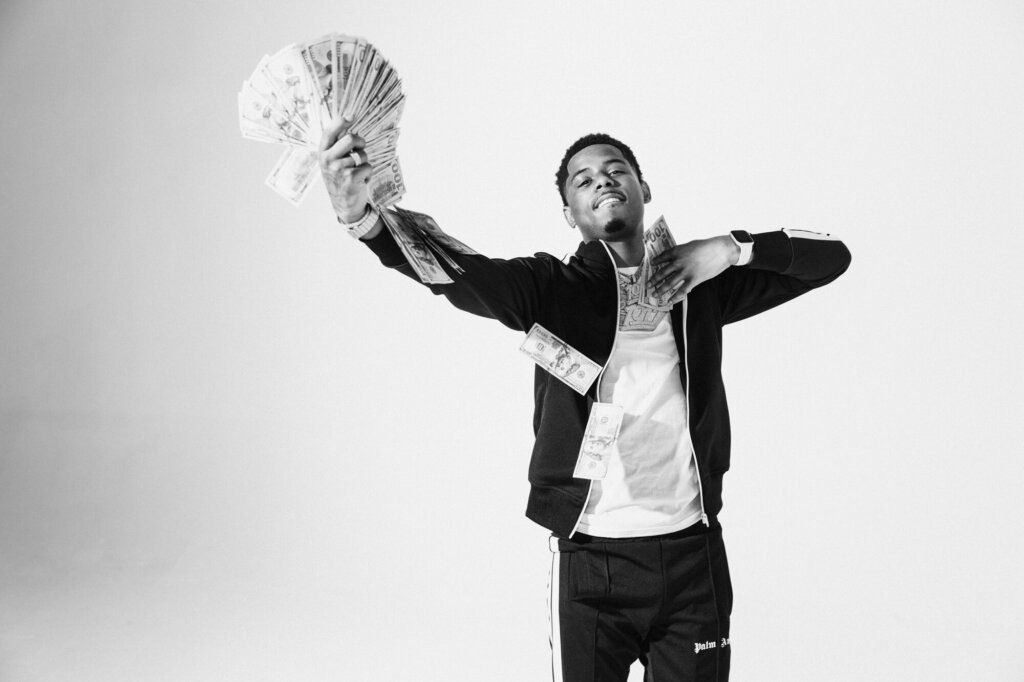 After booking Pooh Shiesty for a headline slot in Kentucky, we’re profiling the rapper of the moment who just hit the top of the Billboard chart with his latest mixtape Shiesty Season.

Pooh Shiesty is riding high on a wave of success after hitting the top of the charts following the release of his most recent mixtape, Shiesty Season. Featuring the hugely popular singles “Back in Blood”, “Guard Up” and “Neighbours”, the tape also features guest spots from major players in US hip-hop, including Lil Durk, Gucci Mane, Big30, 21 Savage, Veeze, Foogiano, Lil Hank, Choppa Wop, and Tay Keith. Serving as the rapper’s debut full-length project, Shiesty Season announces the arrival of an explosive new talent on the hip-hop scene. Tipped as Billboard’s “Rookie of the Month” in February after being named one of their “2021 Artists to Watch”, he’s caught the attention of both fans and the media alike.

“I think just staying down and keeping going was the best thing I ever did. And it’s just paying off now — I’m finally getting the shine I deserve. I feel like I’ve been an underdog for a long time. I still feel like that, too.”

Born and raised in Memphis, Tennesee, Shiesty kicked off his rap career in 2019 with the debut single “Hell Night”, featuring close friend and collaborator Big30. This was followed by a string of successful singles and videos throughout 2019, including “Shiesty Summer”, “Choppa Talk”, and “Day One”. The following year saw another three singles boost Shiesty’s profile and collaborate with rapper Moneybagg Yo and producer Tay Keith, known for co-producing Travis Scott’s “Sicko Mode” and working with Drake, Quavo, Miley Cyrus, Blocboy JB and Eminem. The track that Tay Keith worked on – “Main Slime” – caught the ear of legendary hip-hop artist Gucci Mane, who slid into Shiesty’s DMs the moment he heard it. The rapper couldn’t believe what he was seeing: one of his all-time heroes reaching out to him and asking that he signs to The New 1017, Gucci’s record label. Aside from being headed up by one of hip-hop’s most famous faces, 1017 has released music from Young Thug, Asian Doll, Wacka Flocka Flame and Chief Keef, one of Shiesty’s primary influences.

“Pooh only started making music a couple of years ago, but the potential was already right there. Pooh looks, sounds, and moves like a big-deal rapper.”

Shiesty made his label debut on the compilation Gucci Mane Presents: So Icy Summer. His feature on Gucci’s single “Still Remember” served as an introduction to the rapper’s talents for many hip-hop fans across the globe and placed him squarely on the international stage. Less than a week later he dropped a single with Lil Baby, and started racking up YouTube views in the millions. Despite the pandemic holding back many rising artists throughout 2020, Shiesty remained productive, continuing to record new tracks and videos as the hype surrounding his music steadily grew. November saw the release of his biggest track to date, “Back in Blood”. Featuring Lil Durk, it’s swiftly become his most-streamed song and the official music video, dropped in January 2021, has received over 40 million views. This world-dominating single was followed by the release of Shiesty’s debut mixtape, Shiesty Season. With critics declaring that the mixtape “cements his position as top dog of the New 1017” as it flies to the top of national charts, it looks like this massive breakthrough debut could be just the beginning for Pooh Shiesty.