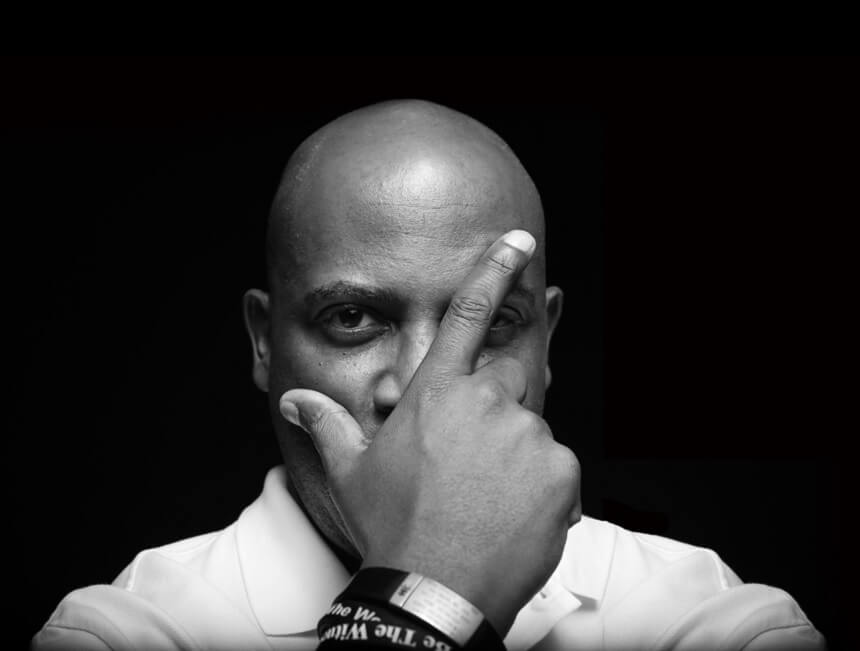 Eminent house producer, DJ and label head DJ Spen is celebrating the 400th release on his record label. Every single one of those releases has been distributed by MN2S.

DJ Spen has announced the release of the 400th record on Quantize Recordings, the label he founded in 2015. Dawn Tallman’s remake of the Oleta Adams classic “Get Here” marks the catalogue number QTZ400, a historic milestone for one of soulful house music’s most celebrated institutions.

In addition to being a long-time friend of the agency, DJ Spen has been a client of MN2S Label Services since Quantize Recordings was founded. We’ve distributed every single one of their 400 releases, both digital and physical, building a solid working relationship that’s set to develop further as the label continues to grow. Next stop, 500.

We spoke with DJ Spen to hear his thoughts about the label’s anniversary.

Congratulations on the 400th release. How do you feel about coming this far?

I feel very good and it’s actually unbelievable that we have gone through 400 records in 10 years at Quantize recordings.  When we started I never imagined we would be here so quickly but I am honoured to know that we have so many people that trust what we do enough to buy our records.  Especially in this day and age where record sales are scarce, so I am really very happy that we have survived where so many have come and gone.

Tell us about the 400th release, which artist is it from and what can listeners expect?

Quantize 400th release is going to be a Dawn Tallman remake of the Oleta Adams classic “Get Here”. It is a labor of love from the standpoint that it’s a song that we all know and love, and that Dawn Tallman performs with her man in New York quite often.  When I heard her perform it I thought this will make a great dance record and we went through the process of creating a dance composition for her to sing to.  Needless to say, she rose to the occasion like she always does and did a stellar performance of the song.  So listeners can expect to be wowed by Dawn’s performance which is quite a tribute to the original but very unique and all to itself.

If you had to pick three favourite releases from the Quantize catalogue, what would they be and why?

The first record would definitely be “Until You” which is Quantize catalogue number 001 and the reason that is because it established what we wanted to do as a record label at Quantize.  It features Mark Evans on lead vocals who absolutely is one of my favourite vocalists of all time and it features the Muthafunkaz who at the time were just leaving Code Red as a production entity and moving over to the Quantize entity. Even though the Muthafunkaz did not last I am still working with Gary Hudgins and Thommy Davis to produce most of what the Quantize catalogue is from productions to remixes etc.

The second record would have to be the remake we did of “I wish I didn’t miss you” featuring Tasha LaRae on lead vocals that are co-produced by the legendary John Morales, Gary Hudgins, myself, and Thommy Davis.  This record is just a combination of what we do at our best I think Tasha’s rendition and how she approached redoing Angie Stone’s vocals was perfect over top of the track that we embellished on, not using any samples but recreating it from the top to bottom with John Morales’ expertise and strings, bass, and horns it was just a beautiful record to attempt to do and I think it shows from being one of our biggest selling records on the label.

Record number three is a record that was co-produced by a Baltimorean Sahib Mohammad with myself and Thommy, that record is called “I feel” sung by Ann Nesby.  Working in the studio with Ann has always been a treat as she comes with different ideas vocally and she is just very precise with everything that she does from helping us to pen the words to the songs to executing all of the vocals that she did with Sheila Ford helping us to fill out the background work on that record.  It was very early on in Quantize so it was just amazing to say that we had established this new label and that we had Ann Nesby on this new label, from the get go almost.  I think it was one of our first 15 records so that was a lot of fun to do and again one of our bigger records that helped to establish Quantize as one of the best vocal house labels around.

How do you feel that Quantize has developed and progressed as a label since your first release?

I think our development and progress have been nice and healthy it has been really good.  I think we have been consistent with the quality of our releases as well as delivering to our audience a good balance of well-established talent and new talent as well.  I think we have been able to do that successfully over the last 10 years.

What’s in store for Quantize throughout the remainder of this year and 2023?

We are about to celebrate not just our 400th release but our 10th year anniversary and we’re doing a big party at the Ministry of Sound onthe 16th of October called Decadence, which is going to feature Barbara Tucker, Crystal Waters, Sheila Ford, Thommy Davis, Tasha LaRae, DJ Rae, S.E.L those are some of our favourite performers as well as some of our DJ’s including Booker T, Neil Peirce, Sean McCabe, Groove Assassin, Kenny Carpenter, Ricky Morrison, Ronnie Herel, Aline Rocha and many more. It is going to be a party to end all parties and trust me it’s not to be missed, all the Quantize family is going to be there all the individuals that have worked with us for a long time including myself and Mr. Thommy Davis but we will also have Kelly Spencer who is the CEO of Quantize recordings and we are doing it in association with Gordon Mac and the Mi-Soul team from London, so this our big celebration this year.

In an unexpected reversal of the nascent shift towards direct artist-to-service distribution, two music industry giants have nixed their plans to trial…