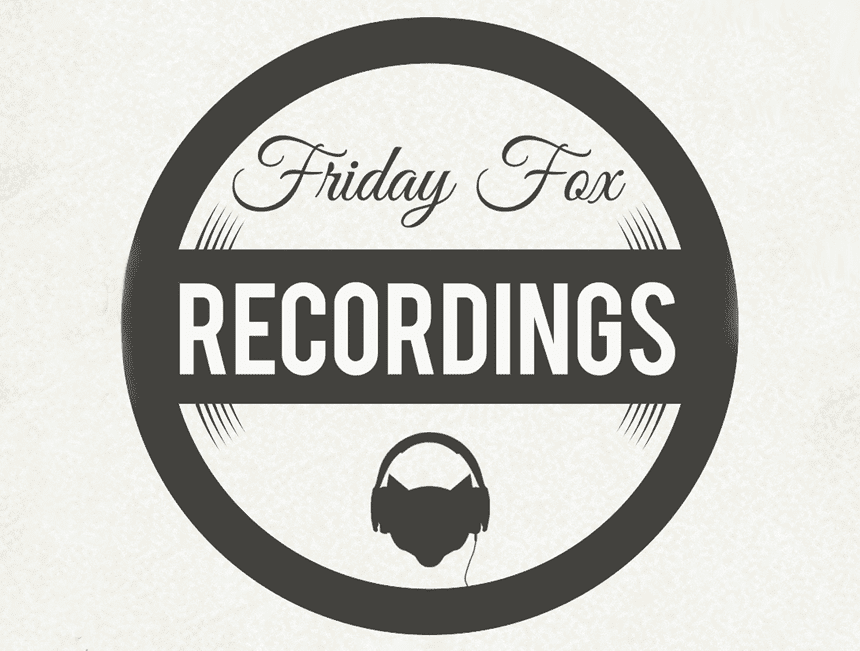 We spoke with Lewis Daniels and Christian Ballard, founders of Friday Fox Recordings to hear about their latest release, their backstory as a label, and the creative vision behind Friday Fox.

How long has your label been in operation?

LD: Christian B and I started the label back in 2013, with our first release being the ‘Toe In Water’ EP which came out in early 2014.

Tell us about yourself and your musical background, are you a producer, musician or DJ in addition to running the label?

LD: Christian B has always been in music, coming from a musical household – he produces a wealth of music across many genres for some amazing artists – but his heart will always belong to house music. We’ve known each other since the early 1990s when we were young friends, DJing on pirate radio stations. After I got back into DJing in 2011 we hooked up once more in the studio to see what would happen. In no time at all, four tracks were completed, and we decided to create Friday Fox Recordings to showcase our work. I had always enjoyed singing but had never really done it professionally, but it felt like a very natural thing for me to do, and so I have provided lead vocals on almost all our releases since then.

CB: I come from a musical family, my father is a songwriter, producer and musician and I grew up in a house where music was huge part of my life – plus we always had a studio at home so I took advantage of that. I’ve always been in to DJing and have dabbled since I was around 15, but I would say producing was always my first love.

What inspired you to set up the label in the first place?

LD: We had been out of house music for a some time, and did not really know where turn for labels, promo etc, so the idea of the label was to start from scratch and build a family of artists and DJs who liked our vibe.

CB: I remember seeing a video about a label in Bristol, all about the house scene there, and it really inspired me, seeing them selling flyers and DJing in the clubs. The whole vibe from producing to mixing to putting on nights, the whole thing excited me and I thought: “why can’t we do that down here?” So I contacted Lewis, as he was always as in love with dance music as me, and we set the dream in motion.

How would you describe your musical philosophy and creative vision?

LD: Friday Fox recordings has always been about allowing us to explore and experiment as artists and DJs – not worrying about following trends and styles – we just do ‘us’ and if it’s well received then that’s a bonus. Music is a joy, but also deeply personal – so we just produce what we love and enjoy it!

CB: My philosophy is do what feels good, do it from the heart, and it will connect with someone out there. It’s important to know though, that not everyone is gonna dig what you do, but as long as someone out their gets something from your music, you’re winning. I would say as a label, we’re very much about great music regardless of subgenre, and we’re definitely all about feel good vibes.

“We just do ‘us’ and if it’s well received then that’s a bonus – music is a joy, but also deeply personal – so we just produce what we love and enjoy it!”

What’s up next from Friday Fox Recordings?

LD: Whilst lockdown has enabled Christian B to produce an incredible body of work, now available on a selection of leading labels, I have been busy for the last couple of years renovating a Victorian villa by the sea which I run as bed & breakfast with my partner – so my pace has slowed a little – but I have been able to produce a couple of remixes, most notably for CJ Cooper’s ‘That Disco Track!’ which we released on Friday Fox.

Further to that I have a rather peculiar and lovable track called ‘Love Puss’ which is hitting in early June – with remixes from Christian B and some friends of the label including Khillaudio, MerakiSoul, Simon Morgan and Paul Rhodes. I’ve got to an age where I know who I am, and this track is a great reflection of my slightly odd and playful side.

CB: Alongside Lewis’ new single, a friend of ours will be releasing through Friday Fox, with two remixes from myself and Lewis. We are talking also about reviving a couple of tracks released a few years ago by Rapson. He had great success with a track we released first, called ‘Heat’ which was eventually licensed to Defected, where it went on to do big things.

Tell us about your first release – what was special about that one?

LD: As a solo artist my first release was ‘Troubled Sole’ which was my chance to explore my sound and really enjoy that quirkiness that comes very naturally to me. The title track was joined by a fantastic Techno inspired remix by Martin Bundsen, and the B-Side ‘Ambition’ was remixed by Christian B in his unmistakable deep style. As ‘Christian B & Lewis Daniels’ our first release was the ‘Toe In Water’ EP – a four tracker that really allowed us to get to know each other again, discover my vocal abilities and understand our direction – it was a magical time.

CB: It’s funny, when I listen back to our first release (the ‘Toe In Water’ EP), all the tracks were very different. It didn’t really have a thread running through it, that EP, but that was some magic moments on there and I think it touched a nerve somehow. We were just having fun and being quite creative and I think Ed that shined through. That first year will always have magical memories for me, as we also started doing our first Friday Fox nights, at the Dog and Whistle in Hertford. They always went down well, very fond memories for me.

“You simply cannot beat the feeling of knowing that your music has potentially helped someone, somewhere, feel some happiness in their life through music.”

What’s been the highlight of your journey so far as a label?

LD: You simply cannot beat the feeling of knowing that your music has potentially helped someone, somewhere, feel some happiness in their life through music. Whether it’s on a dancefloor (remember them?!) or at home or losing themselves simply while walking down the street – the support from the global house family over the years has been amazing with some great comments. Plus, hearing other artists do well on the label, such as Rapson has been really great. And, we have had the opportunity to work with and remix some amazing artists like DJ Spen, 2 Bad Mice and Booker T – it’s been a fabulous journey so far.

CB: I would say probably having two tracks licenced to Defected, and also seeing a few big name DJs playing our tunes out – it really is just the best feeling.

LD: Just ‘do you’… be true to yourself and do not try and fit in a box. I spent years working under the name of ‘Lavvy Levan’ which was a nickname I picked up when I first started DJing – it stuck and I ran with it and although it may have opened some doors for me, it also brought some unwanted attention in the form of several aggressive and threatening emails and comments from folk who didn’t really understand my angle and assumed I was being disrespectful. In 2019 I decided to change back to my own name and just ‘do me’. The Friday Fox back catalogue of over 43 releases has been updated to reflect that – and I hope that now, as the world starts to turn again, is a great time to people to discover some of the music we have worked hard to create over the last eight years.

CB: Be patient, be very patient, keep going, make sure you release some good music, and in time you will see some success, but it definitely takes time. Do it for love first, as that will always shine through.

“Be patient, be very patient, keep going, make sure you release some good music, and in time you will see some success, but it definitely takes time. Do it for love first, as that will always shine through.”

What lies ahead for your label in 2022 and beyond?

CB: Our plan is to keep releasing good music, and to keep the Friday Fox nights going in and around Hertfordshire.

LD: We will just keep doing what we do… we love house music, and it will always be a focus for us. Christian B is working harder than ever and has some amazing music out there right now with plenty waiting in the wings. I will continue to work on music – I can’t stop, even if I wanted to – and see what opportunities I am worthy to receive.

MN2S Label Services works with Friday Fox Recordings and over 300 independent labels. For more information about how our label services and digital distribution team can help to manage and grow your label, get in touch.

Our Label Services team works alongside a broad range of respected imprints across house, techno, garage and ambient. MN2S are partnered with…