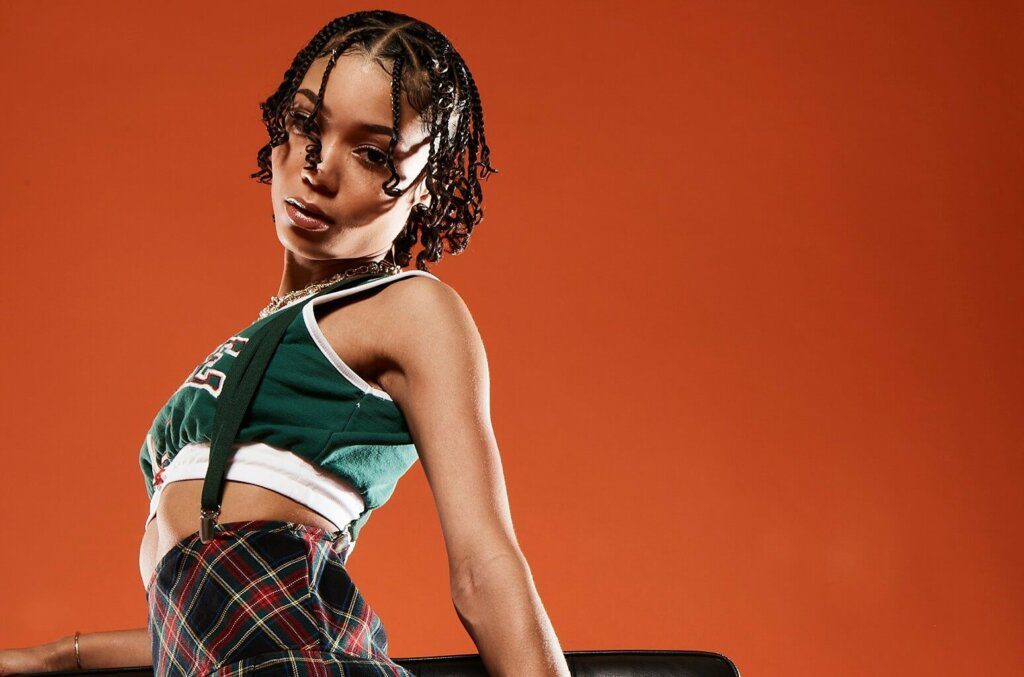 Emerging on the SoundCloud rap scene in 2017, rapper, singer and songwriter Coi Leray quickly became known for her highly versatile style and approach to hip-hop.

Hailing from New Jersey, Leray was quick to release her breakout single “Huddy” alongside her debut project EverythingcoZ in 2018, swiftly earning her critical acclaim. The aforementioned project included eclectic tracks such as “G.A.N.”, “Wanna be a Freak” and “Big Mac” in which Coi displayed her witty yet profound lyrical ability. EverythingcoZ represented self-acceptance to Coi, on a mental, physical and financial basis. as she explained in her interview to Papermag: “EverythingcoZ means self-acceptance. At the end of the day, I like to be cozy no matter what. Mentally, emotionally, physically, financially, I like to be cozy.”.

In the project, Coi Leray adopts Playboi Carti-esque adlibs whilst applying her own R&B/rap twist to lighten up the trap-infused productions across the album. The lyrical content covers everything from religion and money to deep insights into her struggles with drug abuse, as referenced in “G.A.N.”: “Pop a xanny for the pain… I don’t wanna be sober”. What really stands out in Coi Leray’s Everythingcoz is her raw lyricism and dynamic vocal style, which switches between velvet-smooth and savagely aggressive from bar to bar. Though she might be drawing from the same trap template as many of her contemporaries, Leray’s personal twist is truly refreshing.

Coi Leray is not your typical rapper. After starting to make music at the age of 14 and subsequently dropping out of school by 16, Coi started working in sales before she began to view music-making as a serious career path. Leray was brought up in a household shared by her mother and five brothers. On the other hand, her father, American urban media proprietor, rapper and record producer Benzino, lived a luxurious lifestyle which harshly contrasted with that of her mother. This background influenced Leray’s outlook and helped her develop into a humble, unique contributor to the US rap scene.

Her tumultuous relationship with her father is outlined across her discography. In her latest release, “No More Parties”, Leray takes a straight shot at Benzino, saying that he “let her down” and although she’s tempted to declare “f*ck that man”, she knows that this won’t bring her relief. “No More Parties” proceeded to hit No 26 on the US Billboard Hot 100, 15th on the US Hot R&B/Hip Hop Songs Billboard chart and sold more than 500,000 units, proving that lyrics written from the heart often resonate with fans on a universal scale.

Coi Leray’s second EP, EC2, represented a dramatic change in vibe to EverythingcoZ. In her first EP, she wasnt afraid to experiment with autotune. However, EC2 appears to be a more mature project with darker, deeper lyrics that dive deeper into her personal thoughts and experiences. In “All Black”, Coi explores her trust issues towards men through the metaphor of a heart being painted in black. The song sees Leray self-reflecting and exploring how past experiences have impacted her. Additionally, “To the Moon” goes deep into another aspect of Coi’s heartbreak. Throughout the song, Coi reflects on the disappointment of a failed relationship whilst “staying up late thinking about your love”, once again opening up her emotions over upbeat trap/R&B productions.

Alongside her music, Coi Leray is known for her confidence and brazen attitude. The internet has not always showered her with compliments and critical acclaim, but Leray isn’t having any of it. After posting a video on Instagram promoting the new song “BIG PRR”, an explosion of harsh criticism surrounding her naturally thin body was detonated. She used this opportunity to slap back at the internet trolls on Twitter, remarking that they should “get use to my body because I’m never changing anything of it”. In other words, Coi’s refreshingly authentic approach to her self-image provides a much-needed contrast with today’s highly superficial entertainment and music scene and a positive role model for her fans. As she states in her hit song “Pac Girl”, Leray “doesn’t do no drama, I sit pretty like a bad b*tch” – this is a philosophy that she embodies not only in her music, but in her attitude to life.

“I know I sound good. I know I’m dope. I know the music I’m going to make is crazy. I’m so blessed. God is going to not give me more or less than what I’m not supposed to have.”

Coi Leray’s influences are the product of contrasting worlds. Ranging from the likes Lady Gaga and Chief Keef to Chris Brown and Bon Jovi, the variety in inspiration can increasingly be heard in Leray’s music, as her sound continues to explore greater depths. Although she was originally known for her eclectic trap music, Leray refuses to be boxed in as an MC. Coi Leray constantly pushes her own boundaries by mixing trap, RnB and straight rap with more melodious beats that give an almost nostalgic atmosphere, as evidenced on the Gunna-featuring single “Slide”.

Signing with Republic Records has provided her her a bigger roster of artists with whom to collaborate, ranging from the likes of Gucci Mane, Gunna, Fetty Wap and Trippie Red, some of whom featured on her 2020 EP Now or Never. 2021 is undoubtedly going to be an interesting year to follow Coi’s ambitions. Named Billboard’s R&B/Hip Hop Rookie of The Month in January, and with the financial backing of a major label behind her, Coi seems to have unlimited potential. In other words, this singular artist is on the path to greatness, and we can’t wait to see what comes next.

On The Rise: Rod Wave

After booking Pooh Shiesty for a headline slot in Kentucky, we’re profiling the rapper of the moment who just hit the top…