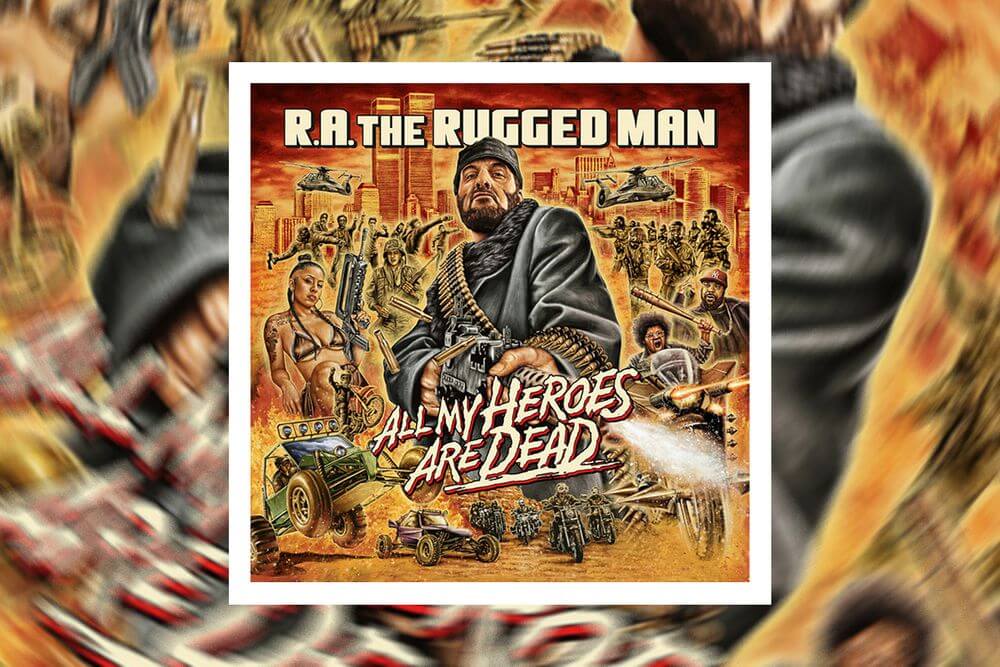 Fresh off his brand new album All My Heroes Are Dead, R.A. the Rugged Man releases his latest single “Dragon Fire”.

The song features a variety of incredible artists like Ghostface Killah from Wu Tang Clan, Masta Killah, Kool G Rap and Xx3eme. The track’s intro samples iconic dialogue from the classic Kung Fu movie The Mystery of Chessboxing. Throughout the first two verses, Ghostface and Masta make a play on the word ‘killer’ in almost every line of their verses. The fast-paced track includes both obvious and discreet pop references in lines such as “I’ll put you to bed like Mr. Huxtable with a sedative”.

Off the bat, it’s clear R.A. isn’t playing any games on this one, with Shroom’s uptempo vintage production all but inviting a massacre.

It’s been seven years since his last album release and each single from this new album has prompted nothing less than a hungry anticipation for more. “All My Heroes Are Dead” dropped everywhere on April 17 and features insane collaborations with fiery artists like David Myles, A-F-R-O, DJ Jazzy Jeff, Ice-T and many others.

R.A. The Rugged Man releases single and video for “Wondering (How To Believe)”

As anticipation for the forthcoming album All My Heroes Are Dead continues to grow, independent hip-hop icon R.A. The Rugged Man reveals his latest single and…