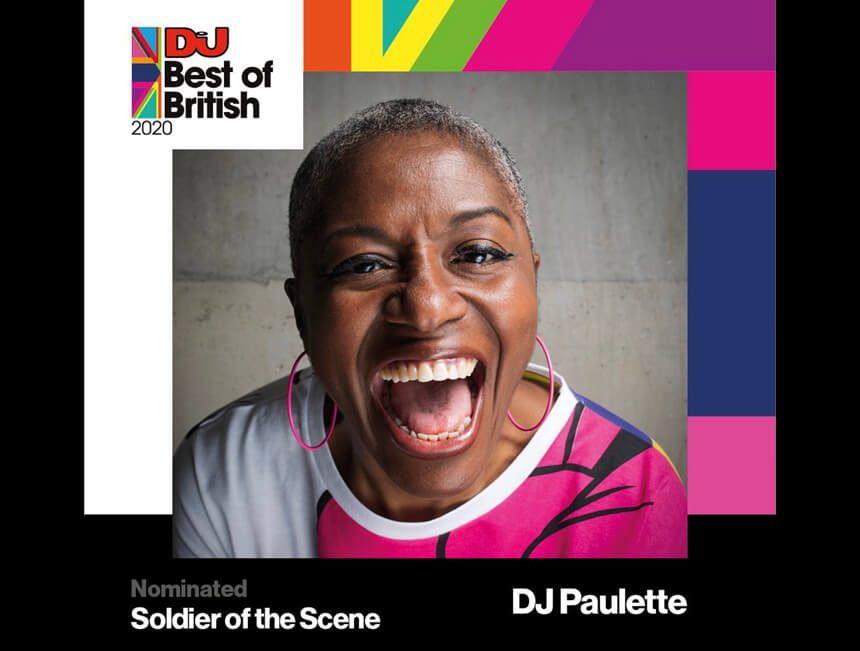 The veteran DJ has been recognised with a nomination at DJ Mag’s Best of British Awards.

This year DJ Mag are holding the 14th edition of their Best of British Awards, billed as “a chance to shine a spotlight on the homegrown talent that continues to place the UK scene at the forefront of electronic music.” Due to the pandemic, the traditional awards ceremony will be replaced by a “digital event” taking place in December, and several new award categories have been added, including “Best Solo Stream Series” and “Best Multi-Artist Stream Series.”

DJ Paulette has been nominated for an award in the Soldier of the Scene category, recognising the achievements of DJs, producers and artists that have made significant contributions to the electronic music scene over their career. Paulette has been nominated alongside DJ Hype, Jammer, DJ Q and Mistajam. Responding to the news of her nomination, she said “to say this means a lot to me is an understatement. It also means I want to win. It also means that if you have a few minutes to tick a few boxes and vote for me I would be forever grateful.”

“I’ve been nominated in the Best Of British poll – in the category ‘Soldiers Of The Scene’ and I am absolutely BUZZING. “

Who doesn’t want to know what their favourite DJ is listening to? Forget Shazam, here’s Lucky Seven: the feature where we ask…