DiscoTwitter talks upcoming remixes, playing in Osaka and the power of disco 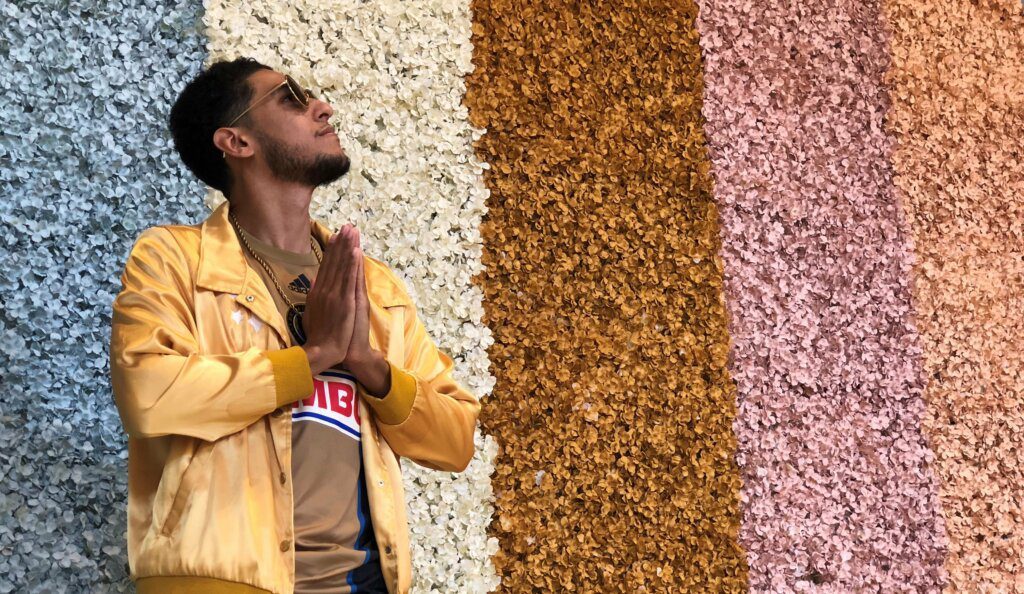 DiscoTwitter, one of the world’s hottest disco and funk DJs, is now working with MN2S Social Media Management.

Jason Weintraub’s distinctive musical vision is deeply rooted in classic sounds: emotive, uplifting and irresistibly rhythmic records from the late ‘70s and early ‘80s that went on to inspire the forefathers of house music. Playing energetic sets revolve around classic tunes and memorable moments, he threads together sparkling gems from funk and disco history to reimagine and recreate the positive vibrations, love and freedom that these genres grew out of.

For our latest interview feature, Jason spoke to us about his upcoming international tour and proselytized for the spiritual power of disco. He also blessed us with an exclusive MN2S mix packed with flagrantly funky floor-fillers: check it out below.

Hi Jason, thank you for taking the time to speak us with today.

What’s the story behind the mix you’ve provided us with?

A lot of people hear the word, Disco, and immediately think of the popular stuff that’s been on radio and movies for years. So, for this mix, I wanted to showcase the multiple styles all within Disco. Whether it’s underground, synth driven, horn-centric, or up-tempo percussion… all very different but all Disco.

Do you recall when in your life you started taking music seriously?

My mom always had music around me and taught me how to thoroughly listen to it. The bass rhythms, which key the instruments were in, the lyrics being sung, it made me take music seriously for as long as I can remember. After she took me to my first concert at about 7 years old, I went to Sam Goody with my allowance and started buying Rick James, Jamiroquai, and all the funky albums I could find.

What are you influenced by? Not only musically, but in all aspects of life.

I’m influenced by people’s reactions. When I see people laughing and jamming on the dance floor, or someone run up to me to ask about a song I’m playing that Shazam can’t identify, it makes me feel like I’m bringing a piece of that Disco era to them in today’s time. It influences me to return the feeling they give me: it’s the reason why I DJ.

“What I love about Disco, is its mentality of letting go of everything that’s stressing you out in life and having one night of dancing and making moments you’ll never forget.”

What are some of your favourite places to play?

Japan is wild because the trains stop around 1 am and don’t start back up until 5am, so that means they’re at the bar to party all night! The people there, especially Osaka, are also warm and fun people to be around. You can tell they love the music, appreciate your craft, and are always offering a drink after my set. Osaka feels like a second home to me, a weird home where no one can understand me, but always wants to drink with me.

Shortly you’ll be going on tour, what can we expect from this journey?

Last year was my first tour and I kind of just dipped my toe in the water, but this year I’m diving in head first. You can expect a night of music that will make you dance no matter what type of mood you’re in, my amazing capes and kimonos I’ll be wearing, and tons of social posts of me collecting some international disco vinyl, eating the best food in the city I’m in, and showing love to a lot of DJs that I see while touring, who deserve the recognition.

“You can expect a night of music that will make you dance no matter what type of mood you’re in.”

Following the tour, what’s coming up for DiscoTwitter?

Tons and tons of disco goodness. I’ve got about seven remixes ready to release, I’ll be doing more radio and podcasts on top of my monthly shows on Disco Factory FM in the Netherlands and Osaka FM in Japan, and I’ve already set up show dates in 2020, including Miami in February and San Francisco in March.

Finally, could you give us two tunes…

One all time classic track, and something mind-blowing you’ve recently discovered?

One classic I probably play at allmy shows is Linda William’s “City Living”. It’s not a classic in the sense thateveryone knows it, but it has everything a perfect Disco song should. A ridingbass rhythm, strong horn section, bongos, powerful vocals, and of course asynthesizer solo. 1979 is my favourite year of music and this song showsexactly why.

One new obsession is The Michael Zager Band’s “Music Fever.” A lot of people might know their song “Let’s All Chant”, but this one is absolutely amazing. The synthesizer is hypnotizing, and you even get to hear a 15-year-old Whitney Houston singing background vocals. I’ve played it twice so far at shows and both times were definitely night-changing moments.

DiscoTwitter is a valued client of the MN2S Social Media Management team.

Click here to find out more about how we can boost your profile and grow your following through our social media services.

Why is your band’s social media strategy failing?

Why isn’t your band’s social media strategy getting the results you want? Your band is not posting frequently enough  Your posts are inconsistent…

MN2S sits down with Tropical Disco’s very own Tim Burnett and Alex Sartori. To talk through their latest release, ‘Tropical Disco Edits Vol….