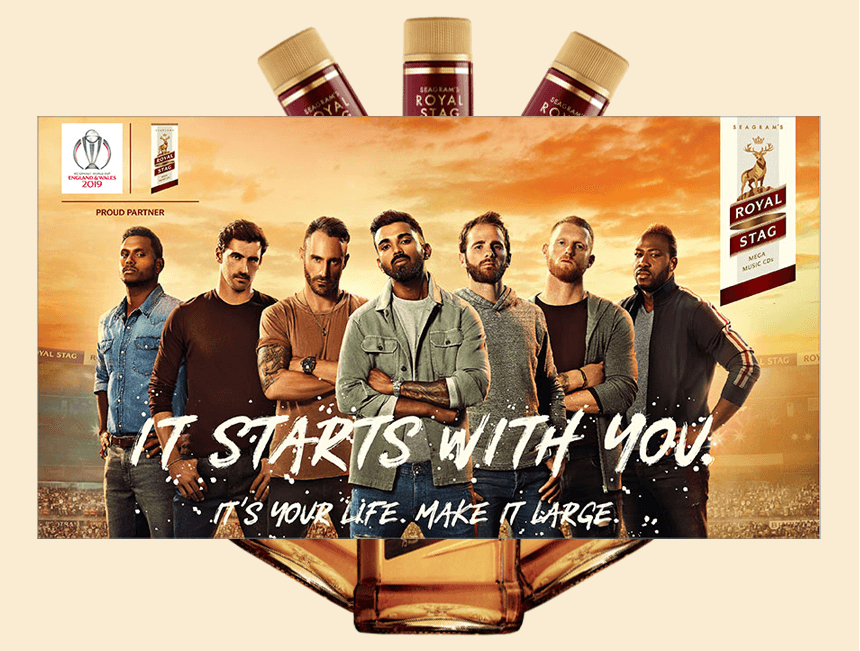 It Starts With You…

With the ICC cricket world cup around the corner, ICC partner and global whiskey brand Royal Stag has enlisted seven world-class cricketers to personify their message of dreaming, achieving and making it large.

True to the brand’s iconic status, the campaign features seven internationally recognised cricketers, including England’s Ben Stokes. The televised advertisement captures the emotions, hard work and grit of these global cricket icons as they approach the moment they all dreamt of – playing for their nation at the world cup. The overall theme is dynamic and inspiring, shouting out a strong message: “If you want to make it large, it Starts with You!”.

One of the most explosive all-rounders on the field, Englishman Ben Stokes said: “Cricket happened to me at a very young age. Ever since my first innings, I have always dreamt of making it large at International cricket and was motivated to train hard to make this dream a reality. Royal Stag’s promise of ‘Make It Large’ reflects my journey of hard work during each practice session, hours of swimming and sprinting that pushed me to give my best shot. I am proud to associate with an iconic brand such as Royal Stag as it represents my own philosophy – Dream, Achieve and ‘Make it Large’ in life.”

This fantastic new campaign, bolstered by its association with global cricketers, defines the larger-than-life attitude and communicates Royal Stag’s message in a universally engaging fashion.

“It has been a pleasure working with Ben Stokes on this amazing project with Seagram’s Royal Stag. The true synergy between the two iconic brands makes this partnership a massive success.” Natasha Hill, Senior Talent Agent

4 Facts You Need to Know About One of Our Most Talked About Sportsman. Cricket may not boast quite the same level…