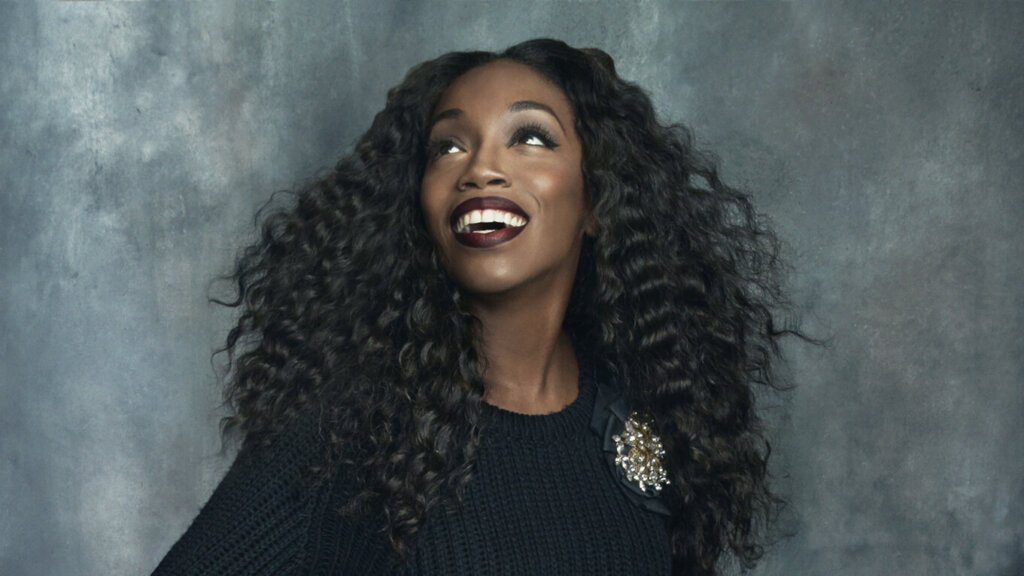 The musician and vocalist was booked through MN2S to contribute to an Audible Originals podcast, shared in celebration of International Women’s Day.

Grammy-winning musician Estelle has appeared in an episode of a brand new podcast series from Audible entitled Women Unlocked. Described as a “remote catch-up” in which “famous, brilliant and funny women mull over the highs and lows of the past year”, the podcast celebrates International Women’s Day by sharing each woman’s experiences and their hopes for a brighter future as life begins to return to normality following the coronavirus pandemic. Other guests interviewed for the podcast include Sandi Toksvig, Sheila Hancock, London Hughes, Shappi Khorsandi and Jen Brister.

Check out the Women Unlocked podcast on Audible.

Estelle burst into the global music scene in 2008 with the international mega-hit “American Boy” with Kanye West. Since then, she’s hit the Billboard 100 many times, established her own record label, released four studio albums and even won a Grammy Award for Best Rap Performance. In addition to her work in music, Estelle has appeared in Fox’s hit show Empire and voiced a character in Cartoon Network’s Steven Universe. She also runs her own charitable foundation, All of Me, which seeks to improve the lives of young adults through education and scholarships.

Sponsored by the London School of Economics, podcast series “Who, Me?!” explores the subject of impostor syndrome and will feature Dame Kelly…

With such a broad range of talent on our rosters, we’re often asked to facilitate requests for prominent celebrities to appear in…