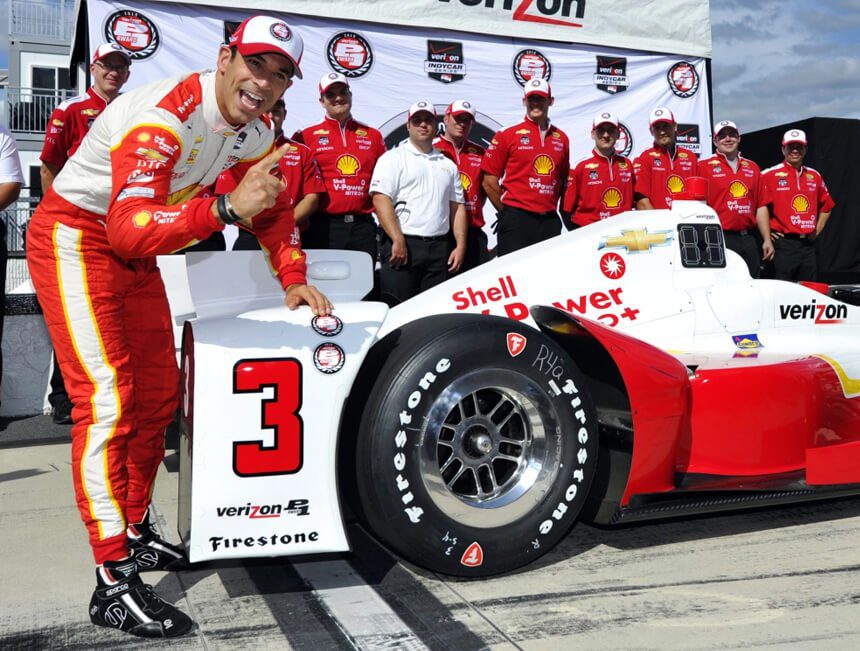 The legendary driver has become one of only four drivers to win the Indy 500 four times in their career.

One of the most colourful personalities in the modern racing world, Hélio Castroneves has accomplished more than almost any other driver over an incredible career that spans several decades, yet he remains passionate in his desire to achieve more. After returning to the Indianapolis Motor Speedway in to compete in the Indy 500, Hélio has taken the top spot at the competition for the fourth time, an achievement that has without doubt reserved him a permanent place in the racing history books.

“I take that energy from the fans and put it into the race car. It was absolutely incredible.”

Known for his winning smile and charismatic presence, Castroneves has become a well-known figure across both sports and entertainment: as the only active competitor, and one of only four others in history, to have the distinction of winning the Indy 500 four times and the only racing driver to ever take first place on reality TV phenomenon Dancing with The Stars, Castroneves is truly one of a kind.

Omari Banks interviewed for The Cricketer

Award-winning reggae artist Omari Banks recently spoke with The Cricketer to discuss the significance of meaningful lyrics, along with the impact they…

The Olympic cyclist was booked through MN2S to take part in a corporate “annual kick-off” and virtual Q&A for employees. Laura Kenny…