One of the most magnetic personalities in the racing world, Hélio Castroneves has accomplished more than almost any other driver over an illustrious career that spans decades, yet he remains inspired and passionate in his desire to achieve more. Known for his infectious smile and abundant charisma, Castroneves has become known to many across both sports and entertainment: as the only active competitor to have the distinction of winning the Indy 500 three times, and the only racing driver to ever take first place on reality TV phenomenon Dancing with The Stars, Castroneves is truly one of a kind.

Becoming the first racer to win two consecutive Indy 500 titlesin 2002, Castroneves memorably climbed the fence at the finish line, acelebratory display that would become something of a signature move for thedriver: racing fans have since given him the nickname ‘Spider-Man’, thanks tohis aerial antics. After finding immense success in the IndyCar Series, gaining23 wins and 38 poles while placing second in the final season standings fourtimes, Castroneves chose to compete in the newly-founded IMSA WeatherTechChampionship, a tournament in which he still races today.

Aside from his magnificent displays on the racetrack,Castroneves can be seen in the fifth season of Dancing with The Stars, competingwith partner Julianna Hough before going on to take home the coveted trophy atthe end of the season. 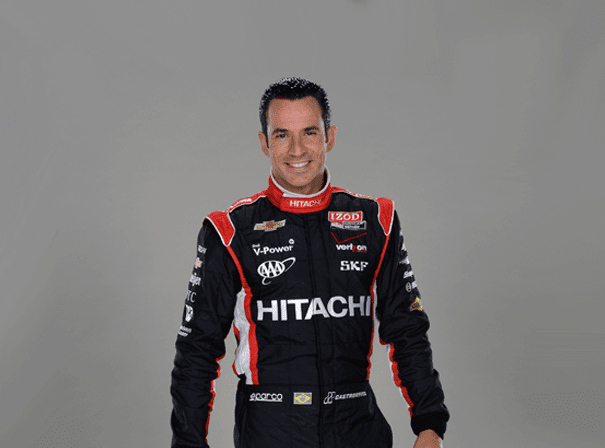