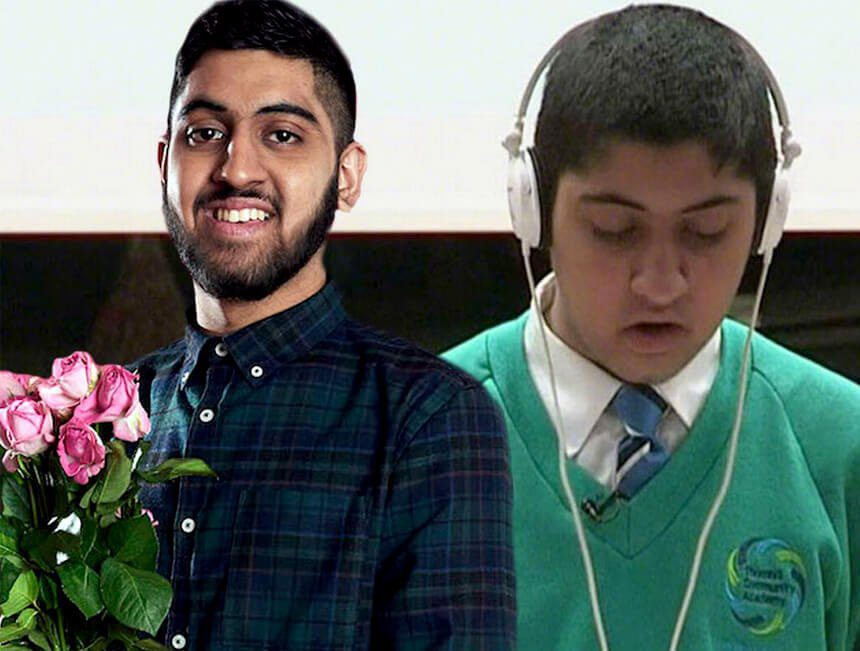 MN2S arranged for motivational speaker Musharaf Asghar to appear on Tuesday’s edition of one of the UK’s most-watched programmes.

Mushy rose to fame after appearing in Channel 4’s Educating Yorkshire, building his confidence as the show progressed while struggling with a stammer – undoubtedly the show’s most memorable and emotional moment saw Mushy give a speech to his entire year group towards the end of the series. Now a motivational speaker and YouTuber, Mushy has found success and acclaim by inspiring others through his story.

Thank you so much to the guys @BBCTheOneShow for the opportunity. Call centre joke worked wonders. Career in comedy? Here I come!

Click here to watch Mushy’s appearance on The One Show on BBC iPlayer.

MN2S recently booked Musharaf to speak at an event for United Response, an organisation that provides support services to adults and young people with learning disabilities. Speaking as part of an apprenticeship week celebrating the achievements of those working with the charity, he gave a rousing speech on overcoming fear and disability to fulfil your potential, urging those who face difficulties to never give up.

“Huge thanks to Educating Yorkshire’s Musharaf Asghar for the amazing and inspiring words at the United Response Stars & Apprenticeships ceremony.”

On to another inspirational duo, Mr Burton and @MusharafAsghar from Education Yorkshire.

To find out more or to speak with one of our talent or speaker agents, get in touch.