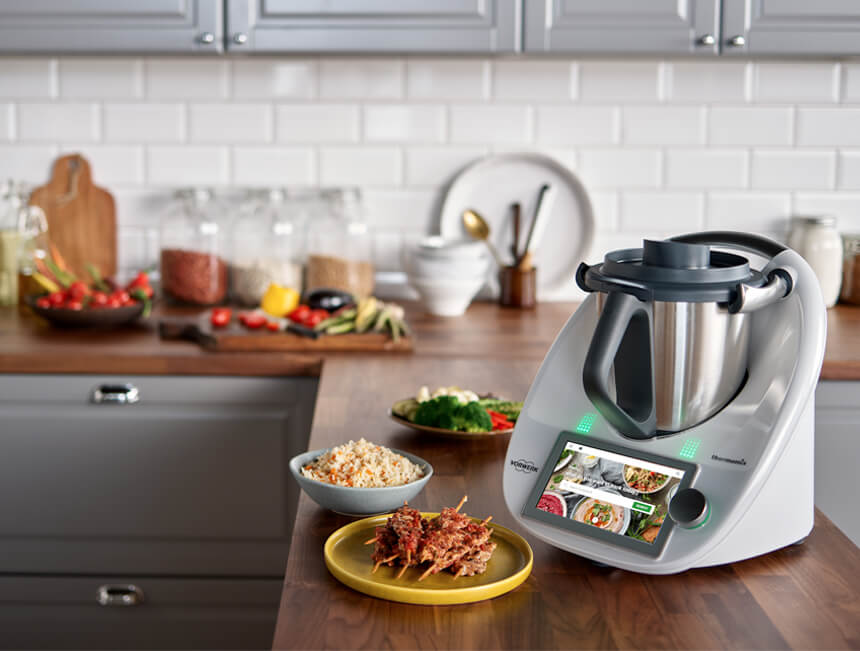 On the longest day of the year, five famous foodies came together to take part in an all-day cooking marathon using Vorwerk’s brand new kitchen companion, the Thermomix TM6. Ruby Bhogal kicked things off with an apple, sultana and cinnamon porridge before Briony Williams put together some irresistible coffee pecan layer cakes. Dean Edwards took some inspiration from Mexican cuisine with his shredded pork and black bean tortillas, while Pixie Turner brought us right back to blighty with a sumptuous cauliflower cheese soup. John Gregory Smith finished the day off with a spiced freekeh pilaf and home-made houmous, demonstrating the immense versatility of the latest Thermomix model.

The TM6 features the 12 highly useful functions of its predecessor, the TM5, with eight additional modes and a radically improved design. The ultimate kitchen appliance, this multi-functional unit can help you stir, mix, knead, whisk, chop, weight, steam, simmer and emulsify your way to top-quality, restaurant-level food in your own kitchen.

The TM6’s new features allow culinary adventurers to make use of fermentation and sous-vide, two processes traditionally confined to the kitchens of professional chefs. The TM6 also comes with an edition of Cookidoo, the “world’s biggest cookbook”, enabling food enthusiasts of all abilities to easily prepare delicious and inventive cuisine.

Speaking about the campaign, Senior Talent Agent Natasha Hill said: “This has been one of the most exciting campaigns so far in my career, a full day starting super early in the morning with nonstop cooking til the evening. I could not have asked for better Celebrity Chefs to take part. Thanks to the super talented chefs for taking part and the wonderful client Vorwerk who made this campaign great fun to be a part of.”

“I could not have asked for better Celebrity Chefs to take part. When Thermomix asked for experienced and fun Celebrities, I immediately knew that John, Dean, Ruby, Pixie and Briony were the best you could get and ticked all the boxes.”

To enquire about booking a celebrity chef for your campaign, get in touch.

Chef, actress, singer and television personality Rustie Lee became an #InstaGran at one of the UK’s most-visited shopping centres for National Senior…