Paris Hilton needs no introduction. The television personality, model, actress, singer and DJ has taken the world by storm, reaching levels of celebrity that know no bounds. Rising to fame as an “it girl” in early ‘00s New York, Paris starred in reality television series The Simple Life, going on to find success as a model and actress.

Her musical career began with the acclaimed debut album ‘Paris’, a smash hit that has since sold over 600,000 copies worldwide, a success that has since been followed by hit singles “Good Time”, “Come Alive”, “High Off My Love”, and “I Need You”. She  started DJing in 2012 – her first show, in Brazil, saw her play to 30,000 people, closing for Jennifer Lopez. As she’s developed her style as a DJ, Paris has grown comfortable playing to massive crowds at huge events and festivals. Her dedication to her fans and her music are what make Paris unique.

Paris Hilton has since wowed audiences across the globe in a DJ career that’s seen her play at some of the world’s biggest clubs including a five-year residency at Ibiza superclub Amnesia. Her high-energy, party-ready sets fuse pop, hip-hop, trap and EDM with feel-good favourites that are sure to keep crowds pumped until the early hours. 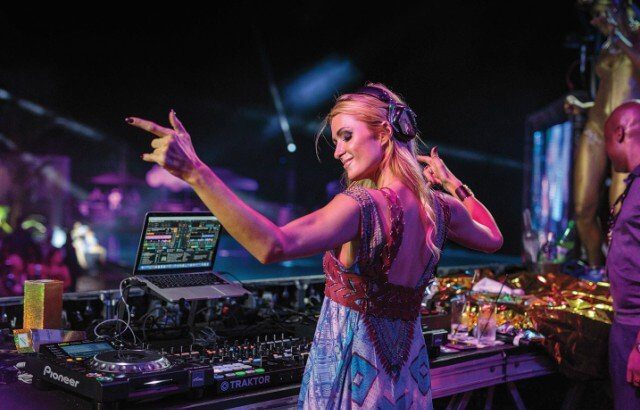