Ratpack are DJ Lipmaster Mark and MC Evenson Allen. The duo joined forces in 1985 at the start of the warehouse rave scene and they have been going strong ever since.

In 1985 Evenson was a DJ/Vocalist specialising in Reggae, Soul and Hip Hop, while Mark was a keyboard player and human beatbox. Ratpack started out with Mark making beats over Evenson’s DJ sets, but as Acid House took off in 1989, the Pack took a new direction.

Enamoured with the Acid scene, Ratpack threw their own warehouse party. They didn’t plan to perform, but when no DJ arrived, Mark took to the decks and Evenson started singing and hyping the crowd. This was normally frowned upon at the time, but the crowd loved it so much that Ratpack became the UK rave scene’s first DJ/MC team.

Since that fateful party, Ratpack have travelled the world, tearing up dance floors in their wake. Their biggest hits include ‘Searching for my Rizla’, ‘The Clipper’, ‘Brothers/Sisters’, ‘The Old Skool Masters’ and many more.
In their three decades, the duo have taken their sound worldwide, playing everywhere from Australia to Japan, Canada to Egypt, Ibiza to the USA and many more destinations. They have performed at Glastonbury, Bestival, Masters of Old Skool, Warehouse Project, Rave Nation and Ministry of Sound.

Ratpack’s latest will be entitled (co)LabRats, and it will be a collection of collaborations with various artists from all over the musical spectrum, with a multi-genre tracklist drawing from Reggae, House, Drum and Bass and UK Garage, as well as, of course, the trademark Ratpack sound. 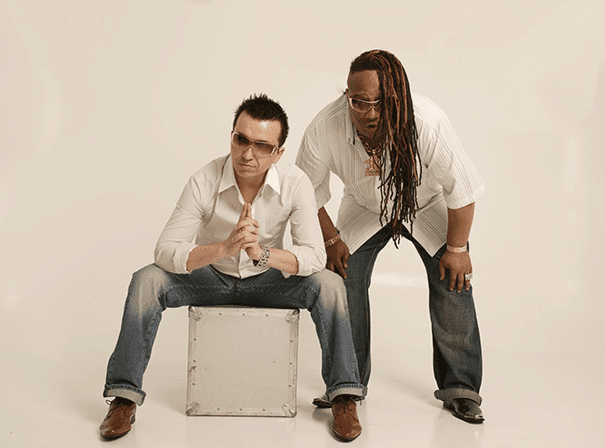