A rising star from Nashville, Bre Kennedy is best known for powerful voice both as a singer and songwriter. Kennedy’s live performances have made her a well known name in the indie-pop scene. When she moved to Nashville in 2015, her purpose was to write. However, Kennedy extended her talents as an artist and began singing too. So far, she has released two extended plays, one in 2019 titled Jealous of Birds, and another in 2020 titled Twenty Something. Kennedy has toured with artists like Sheryl Crow, Gary Clark Jr., Bird Talker, Rhys Lewis and Phillip Phillips. Kennedy’s ability to play raw, acoustic songs and offer a calm feeling to her listeners, is equal to her ability to cheer her audience and bring them to their feet when performing her pop music. It is this ability that makes Kennedy’s music both healing and engaging to her fans. It was with her single Slippin, that Kennedy reached the attention to many of her now fans. Slippin is considered an anthem of perseverance on how we deal with the passing of time. With her strong voice over the bass that pulses below on Slippin, Kennedy explains the way how millennials realize the rapid-fire speed of the internet and how technology in general has changed all aspects of life and still continues to do so. 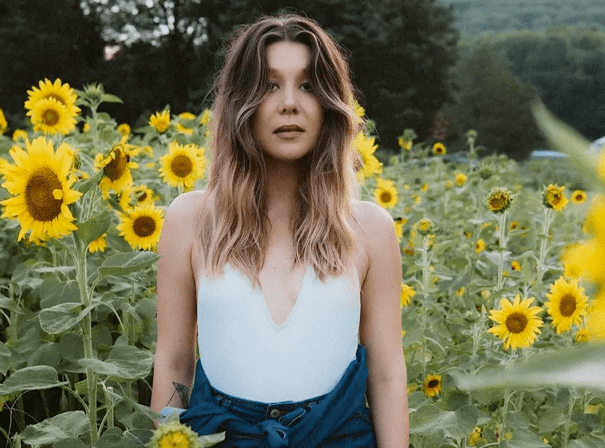