It’s not every day that a single act changes the landscape of the music industry, but American band Earth, Wind & Fire can certainly make that claim. Dubbed by Rolling Stone as one of the most “innovative and commercially successful acts of all time,” the group has sold over 90 million records, won six of their seventeen Grammy nominations and four of their twelve American Music Awards nominations, and been inducted into the Rock and Roll Hall of Fame, Vocal Group Hall of Fame, Songwriters’ Hall of Fame, and NAACP Image Award Hall of Fame.

Bursting with an eclectic sound that incorporates elements of disco, funk, R&B, soul, jazz, dance, pop, and rock, they’ve released nineteen studio albums since 1971, with eight achieving either single, double, or triple-platinum status. Eight of their singles have also topped US charts, including ‘Shining Star,’ ‘Sing a Song,’ ‘Getaway,’ ‘Let’s Groove,’ and the iconic ‘September.’ Their 1978 compilation album The Best of Earth, Wind & Fire, Vol. 1 made quintuple-platinum sales.

Originally dubbed the Salty Peppers, the group was formed in 1969 by original members Maurice White, Wade Flemons, and Don Whitehead; undergoing a name change prior to the release of their breakout album Earth, Wind & Fire. While there have been several changes to the line-up over the past five decades, the band has maintained a consistently high standard, earning their star on the Hollywood Walk of Fame in 2015, and winning the admiration of many of their peers. Their songs have been covered and sampled by artists such as Whitney Houston, Taylor Swift, Patti LaBelle, Drake, and Tupac, while legends Miles Davis and Quincy Jones have expressed admiration. Earth, Wind & Fire’s legendary has made the demand for their live appearances high, with tickets regularly selling out in minutes. 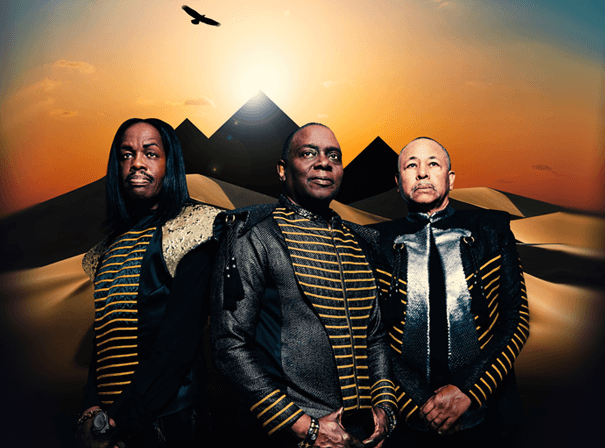