Hailing from Orlando, Jacquavius Dennard Smith – best known under the stage name 9lokknine – has drawn comparisons to fellow Floridian Kodak Black, a hip-hop artist known for his bold and unique style of delivery. He’s no imitator, though, just a new exponent of a swiftly growing scene that’s turned global attention on a varied cast of rap artists to come out of Florida in recent years, leading to what XXL Mag has called a “renewal of musical spirit”.

9lokknine (pronounced Glock Nine) stands at the forefront of this revival, pushing and developing the gritty, low-slung sound that the state’s become known for on the national stage. Though he’s been rapping since nine years old, Smith uploaded his first track to YouTube in 2017: the bare-faced ‘Ugly’ immediately attracted attention online, before his debut mixtape Kold Face Kold Case, released in early 2018, offered fans a broader perspective on his sound. The year that followed would prove to be a crucial breakthrough period for the rapper: singles ‘Crayola’ and ‘JailHizeeBluez’, the latter of which was premiered on WorldStarHipHop, racked up millions of views, laying the foundations for the immense popularity of his viral hit single ’10 Percent.’

Issued in summer 2018, ’10 Percent’ has since amassed 23million views, leading to a major-label record deal with Cash Money Records,home to Drake, Nicki Minaj, and Lil Wayne. Now working with heavyweight labelsupport behind him, this phenomenally talented rapper is poised to dominate theglobal hip-hop scene. 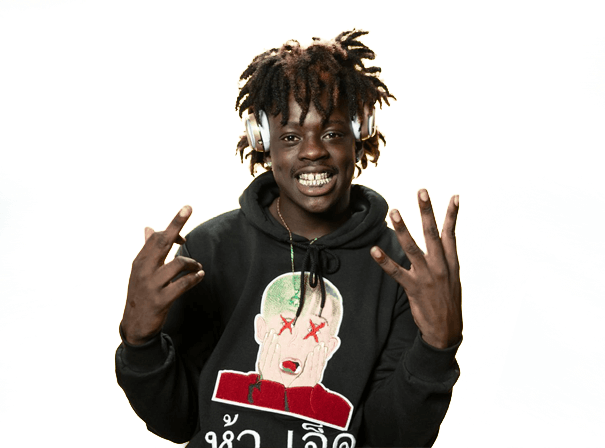