Yeji, Lia, Ryujin, Chaeryeong, and Yuna are Itzy, a South Korean girl group who are riding the K-Pop explosion of recent years. Since launching in early 2019, they have won numerous awards, become regulars in the upper reaches of the Korean and American charts, signed a major endorsement deal with Pokemon, and built a massive social media following, which currently includes over 17 million Instagram followers and 8.5 million TikTok followers (their TikTok content has been liked over 145.5 million times). On YouTube (where their official channel has over 7 million subscribers), their most popular videos have been watched hundreds of millions of times, with the most popular being their 2020 hit, ‘Wannabe’ (not to be confused with the Spice Girls track), which has close to 450 million views at the time of writing (as well as over 245 million Spotify streams).

Itzy were put together in 2019 by JYP Entertainment, who formed the group by recruiting girls who had previously appeared on various South Korean reality contests. Their debut single, ‘Dalla Dalla’, reached number two in Korea and on the US World Charts and introduced their ultra-modern take on EDM and house music, overlaid with their signature rap style. Their second and third EPs, It’z Me and Not Shy, both topped the Korean charts, with the latter going platinum. They dropped their debut album, Crazy in Love, in September 2021 and it became an instant smash, topping the Korean charts, making the top 10 in Japan and making number 11 on the US Billboard 200 (it also topped the US World Charts). 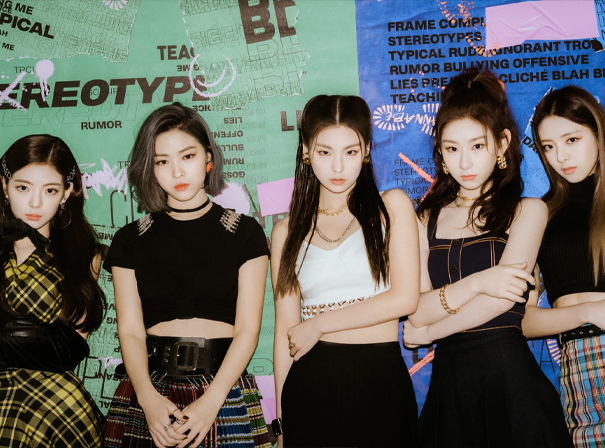