Mexican group Los Ángeles Azules are one of the most popular and enduring acts in the world of cumbia and onda grupera music. Across a four-decade career, the group have won numerous awards, released multiple gold and platinum certified albums, and made history as the first cumbia group to play Coachella.

Los Ángeles Azules formed in the late 1970s when a group of siblings from the Mexico City-based Mejía Avante family began performing music together. During their initial years, they experimented with different musical styles and performed at local events, eventually focussing their style on tropical genres and specifically Columbian cumbia music. Their success grew and they achieved wider critical recognition, winning awards including the Palmas de Oro, Premio de Furia Musical, and El Trébol de Oro. In the mid-1990s the group cemented their commercial success with albums including the chart-topping Sin Pecado, and Inolvidables, which was a hit across Latin America and was certified platinum in Argentina.

Over the years, Los Ángeles Azules’s style has evolved and they have continued to re-invent themselves with new projects, material and collaborations. In recent years they have re-recorded many of their original hits, featuring guest artists including Lila Downs, Carla Morrison and Ximena Sariñana, and broke new musical ground when they performed their most popular songs alongside the Mexico City Symphony Orchestra. The group have toured extensively throughout Latin America and the United States, have performed at Vive Latino, and in 2018 were invited to perform at the Coachella Valley Music and Arts Festival on the main Coachella Stage. 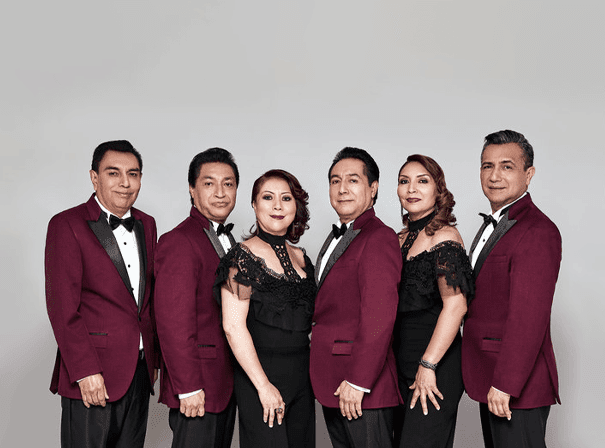