Everyone knows her music, and the fashion and entertainment world adores her style. Luciana is the one of the USA’s most prolific dance and commercial music recording artists. She stood at the forefront of the electro nu-wave movement with a supercharged sound that has infiltrated dance floors across the States and consistently risen to the top of the Billboard charts – already achieving two Number 1 records and three further top 5 releases. Luciana’s prodigious rise in worldwide charts has followed on the heels of her collaboration with Tiesto and Wolfgang Gartner for ‘We Own The Night’, taking Global number 1 spots by storm, while her newly released single ‘When It Feels This Good’ rose to claim the number 4 spot in USA Billboard Club charts shortly after its release.
An extraordinarily talented songwriter, she is in high demand by many established acts such as Kylie Minogue – having co-written Cupid Boy, which appears on Kylie’s last studio album Aphrodite and DJ Havana Brown’s new release ‘One Way Trip’. Luciana’s fierce attitude and reputation for feisty, in your face punk edged vocals has won her a legion of fans since she first grabbed international attention with Bodyrox and the groundbreaking ‘Yeah Yeah’ – for which she received critical acclaim, including a prestigious Ivor Novello Award nomination for her work on the UK No2 hit. Since then we have seen her duet with Taio Cruz and feature on many smash club hits around the world collaborating with many of the most respected DJs & Producers working in the industry today including Tiesto, Wolfgang Gartner, Dave Audé, Swedish House Mafia and Deadmau5 to name just a few. 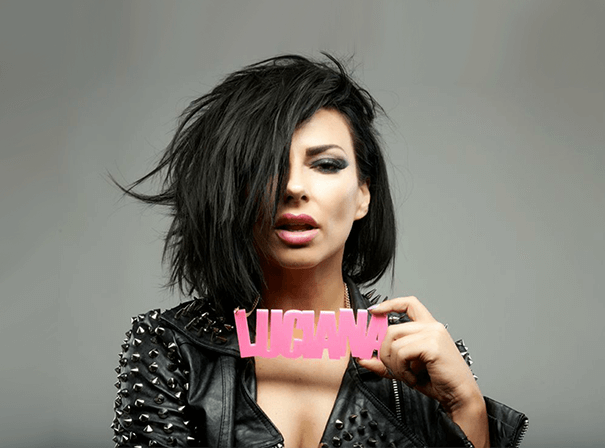