Morat is a Columbian folk-pop band from Bogota made up of Simón Vargas Morales, Juan Pablo Isaza Piñeros, Martín Vargas Morales and Juan Pablo Villamil Cortés, plus Andrés Echeverri Valle from 2016 onwards. Their first big success can in 2015 with the international hit ‘My New Vice’ and confirmed the group to be one of the great new hopes for the Latin American Balkan pop scene.
The band came together having known each other since the age of five when they first started studying at the same institute, Gimnasio La Montaña. They all have great musical playing skills and take inspiration from the likes of Eric Clapton and Bacilos. ‘Mi Vicio Vicio’ was a collaborative hit with Paulina Rubio that got international acclaim and went Platinum for digital sales in Spain and Mexico. At the same time, the song ‘How Much it Hurts’ was released with production by Mauricio Rengifo and at the end of 2015 new single ‘Cómo te atreves’ reached number 1 on iTunes and brought them to fame in Spain. The accompanying video has been streamed more than five million times. The band features Juan Pablo Villamil Cortés on banjo, guitar and singing, Juan Pablo Isaza Piñeros on keys, guitara and voice, Alejandro Posada Carrasco on percussion, drums and vocals, Simón Vargas Morales on bass, guitar and vocals and they have now settled into a busy routine in both the studio and live area that takes them all over Spain at the heart of the Latin revolution in sound. 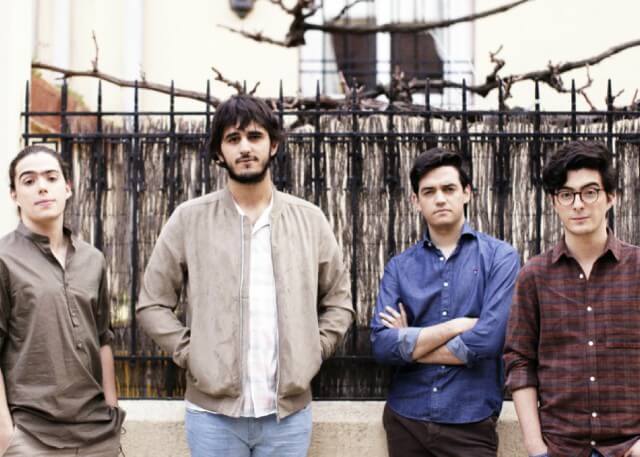