American band Plain White T’s first achieved global fame with their hit song ‘Hey There Delilah’, which sold over four million copies in the US alone. The group have released a total of eight studio albums, been nominated for two Grammy Awards, and charmed a generation of fans with their pop- and punk-influenced alt-rock. Plain White T’s formed in Illinois in 1997, and enjoyed underground success in the Chicago area for several years.

In 2003, the group finalised their line-up, consisting of Tom Higgenson, Dave Tirio, Tim G. Lopez, Mike Retondo and De’Mar Randell Hamilton, and went on to release the third and most commercially successful album yet, All That We Needed. But it was 2006 single Hey There Delilah that secured their stardom, topping charts worldwide including the US Billboard Hot 100. The track was later nominated for two Grammy Awards and an MTV Video Music Award, and won a Teen Choice Award for Choice Summer Song.

Following the song’s success, their album Every Second Counts hit the Top 10 in the US, the UK and Ireland, and they scored further hit singles including Our Time Now, Rhythm of Love, and 1, 2, 3, 4. Plain White T’s music has been particularly popular on television, where it has been used on shows such as Parenthood, Hollyoaks, 90210, One Tree Hill, and on the comedy-drama series Greek, in which the band also performed and appeared on several occasions. The group contributed the song BFF to the hit musical SpongeBob SquarePants, which opened on Broadway in 2017, and for which they shared a Tony Award nomination and an Outer Critics Circle Award for the production’s score. 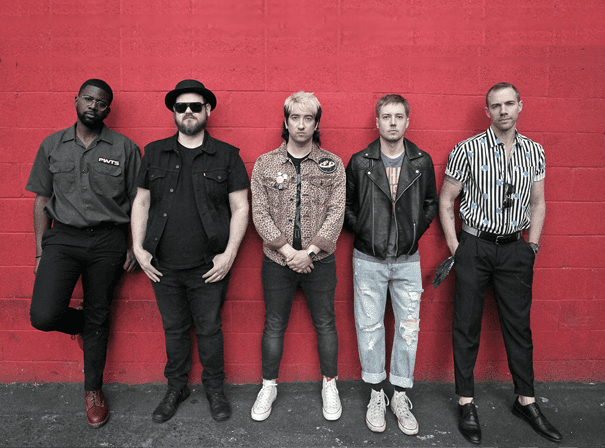