Legendary and cherished London rapper Rodney Hylton Smith, better known as Roots Manuva, has been one of London’s most influential rappers since 1994. Releasing his first single in 1995 “Next Type Motion”, with collaborations with artists such as Skitz and Tony Vegas, among others, in 1995 and 1997 respectively, the young rapper was well on his way to becoming the influential figure he is now.

Being highly instrumental in the creation of the grime genre, his debut album Brand New Second Hand came in 1999. Only a year after, he released his now historic 2nd album, Run Come Save Me. Its hit single “Witness (1 Hope)” became one of the genre’s most loved anthems, since receiving over 12 million streams and 400 thousand YouTube views. It also propelled him to winning the MOBO Best Hip Hop Act award.

From 2002 to 2011 he released 6 albums including Dub Come Save Me, Awfully Deep and the immensely successful 2008 album Slime & Release. In 2005, his singles “Colossal Insight” and “Too Cold” reached UK’s No.33 and No.39 respectively. In the same year, he featured in the Gorillaz album Demon Days. In 2013, he released several singles including “Stolen Youth” and “DJ Culture”, continuing to solidify his revered status in the London scene. In 2015 he released another album, Bleeds, which has since received over millions of streams. In 2016, he featured in Massive Attack’s EP ‘Ritual Spirit’. More recently, he featured in Morcheeba’s Blaze Away album.

Making a uniquely broad impact on London’s rap scene due to his experimentation with dub, ragga, funk and hip-hop, his gritty style and lyrics have since resonated across the UK hip-hop world. He still remains one of the country’s most well-loved artists in the genre. 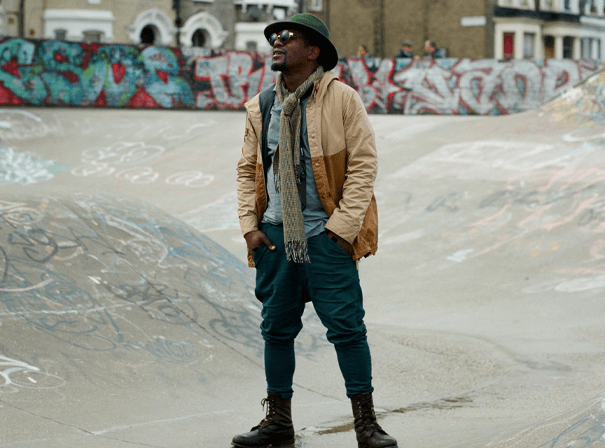