Dubbed by her fans as “the queen of emotions”, the Egyptian pop singer Sherine Abdel-Wahab has had tremendous success in the Arab music world thanks to her stirring vocal tones and considerable musical talent. After honing her skills singing as a choral member at the Cairo Opera House, Sherine’s talents were spotted by noted star-maker Nasr Mahrous, who introduced her to fellow future pop sensation Tamer Hosny. The pair recorded their debut album ‘Free Mix3 – Tamer & Sherine’ together in 2002, subsequently selling over 20 million copies worldwide.

Since her debut, Sherine has released seven studio albums and sold millions of records across the Arab world. Her singles have also had massive success in the charts, and she has performed at concerts and festivals worldwide. Not only a talented vocalist, Sherine has also appeared on-screen in notable television series Tareeqi and in the 2003 film Mido Mashakel. She also served as a member of the jury on the Egyptian version of hugely successful talent show The Voice, and hosted her own talk-show Sherry’s Studio on the Egyptian network dmc TV. 56 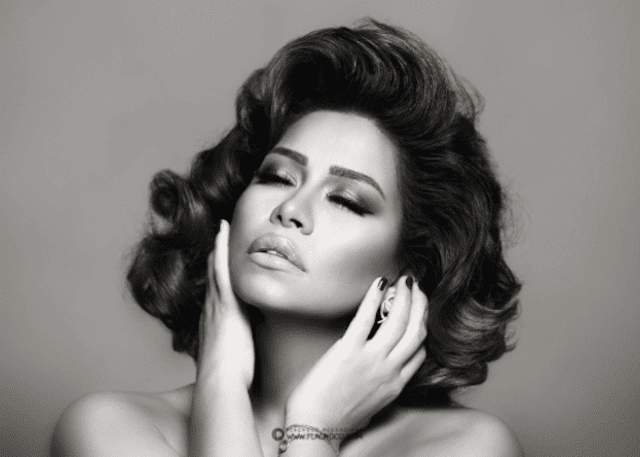