The Revivalists are an American rock band that formed in 2007 in New Orleans, Louisiana. Ed Williams (pedal steel guitar, guitar), David Shaw (lead vocals), Zack Feinberg (guitar), Rob Ingraham (saxophone), George Gekas (bass guitar), Andrew Campanelli (drums and percussion), Michael Girardot (keyboards and trumpet), and Paulet “PJ” Howard (drums and percussion) make up the eight-piece unit. The Revivalists were named one of Rolling Stone’s “10 Bands You Need to Know” after their album, Men Between Mountains, was released on July 17, 2015. Their song “Wish I Knew You” reached No. 1 on the Billboard Adult Alternative Songs chart in September 2016 and No. 1 on the Alternative Songs chart in May 2017. The song was certified platinum by the Recording Industry Association of America (RIAA) in September 2017.

“All My Friends,” a 2018 single from their album Take Good Care, placed at No. 1 on Adult Alternative radio. It was band’s first album with label Loma Vista Recordings and was released in November 2018. The Revivalists worked with numerous producers and writers for the first time, enlisting the help of Dave Cobb (Sturgill Simpson, Chris Stapleton), Andrew Dawson (Kanye West, Fun., Sleigh Bells), and Dave Bassett (Elle King, Vance Joy) for sessions at RCA Studio B in Nashville. It would also be the first time drummer and percussionist PJ Howard joined the band in the studio.

The Revivalists are still on the road, with shows often lasting up to four hours. Rev Causes was established by The Revivalists in 2019, a fund that helps organizations that are committed to revitalizing and investing in their neighbourhoods, wellness, and the environment. The fund seeks to help these groups create a sustainable future by contributing a portion of ticket sales, as well as fan contributions and the fruits a number of fundraising activities. 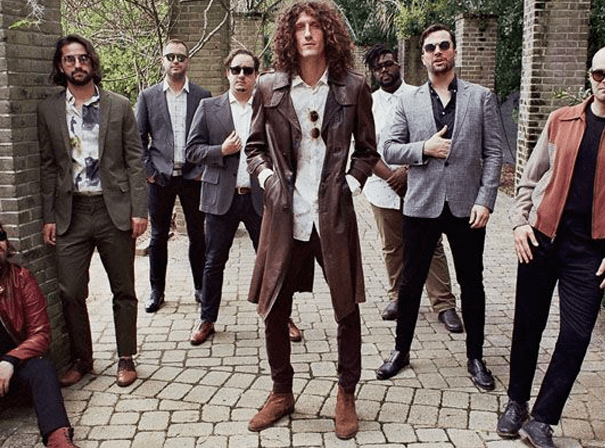