Aaron Ramsdale is one of the best goalkeepers in Britain. He is currently the number-one choice between the sticks with Premier League giants Arsenal and is also a regular member of the England international squad. He won his first senior cap for his country during the 2022 World Cup qualifiers in November 2021, although he wasn’t especially troubled as England hammered the infamous San Marino 10-0.

Born in Stoke-on-Trent in May 1998, Ramsdale grew up supporting the Baggies rather than the Potters, naming West Brom goalkeeper Ben Foster as one of his early heroes. As a schoolboy, he was on the books of Bolton Wanderers and gained attention after helping his school team to reach the English Schools’ FA Cup semi-final. When he was 15, he signed for Sheffield United and joined their youth academy. He turned professional with them in 2016 and kept a clean sheet in his senior debut, an FA Cup victory over Leyton Orient. In early 2017, he signed for AFC Bournemouth and eventually became their number-one keeper in 2019-20. He made a huge impact, winning the Supporters’ Player of the Year Award.

In August 2020, Sheffield United re-signed Ramsdale for £18.5 million (having sold him for £800,000). He made good on their investment, becoming both their Young Player of the Year and Player of the Year. One year later, Arsenal signed him. His skill in goal was soon being praised by fans and critics alike, and he was named the club’s Player of the Month for that October. 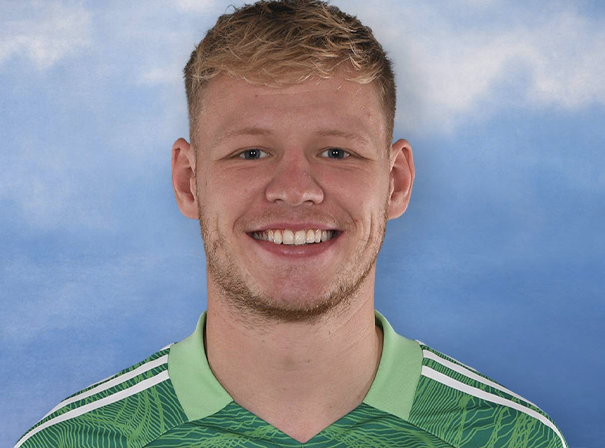