World-class short-track speedskating sensation Aaron Tran is shaking up the sporting scene. Inspired by watching the Torino Olympic Games, Tran knew his life’s goal from an early age. Diverse, dynamic and resilient, Tran has built a blossoming career from his love of inline skating as a child. First picking up his ice skates at 13 years old, Tran’s meteoric trajectory was set in motion. Now, with one Olympic Games under his belt, Tran is set to take the speedskating world by storm.

With a dream of being recognised as one of the greatest skaters in the world, Tran is proving himself in one of the world’s high octane sports. Qualifying for Team USA’s 2018 Olympic team was a pivotal moment for Tran. Coming in second place at the trials, and third overall, Tran showed his incredible potential for future Olympic glory. Now a two-time World Championship medallist, Tran is making his mark on the sport’s leaderboard.

Defining what it means to be a champion of speed and strategy, Tran takes part in an intensive training regime. Sometimes practising twice a day, over six days a week, Tran means business on the ice. Learning consistency and adapting with the constant variables in a race, Tran is becoming a master of his discipline. Determined to see more Olympic stages, Tran will leave an enduring legacy on his sport for years to come. 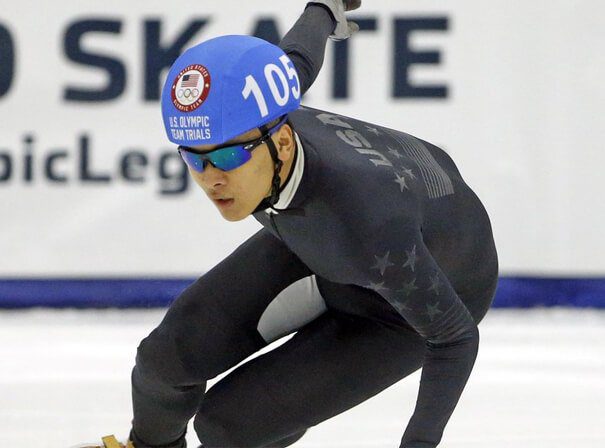