Rising star Aerial Alease Skinner is quickly climbing up the ranks in sport shooting. With only a handful of international appearances under her belt, Skinner has become a firm favourite to walk the podium. Part of Team USA, Skinner’s most thrilling challenge to date will take place at her, and her sports debut Olympic Games. Competing with some of the world’s sharpest athletes, Skinner is sure to be a worthy opponent.

Leading the pack of women’s skeet shooting, Skinner set a new qualification record at the 2018 ISSF World Cup in Guadalajara, Mexico. Not only did she claim the bronze prize, Skinner also set the record shooting 119 targets out of 125. Newcomer to international competition, Skinner, was off to a flying start in her second World Cup appearance. It didn’t take Skinner long to climb the podium again. Taking top place in the women’s skeet event at the 2019 World Cup, United Arab Emirates placed Skinner firmly on the road to the Olympics.

Already a part of Team USA’s Olympic arm, Skinner is no stranger to team sports. While attending the University of Arizona, Skinner was an active member of the Wildcat Trap and Skeet team. Fuelling her competitive edge, Skinner laid the foundations of her professional career well – competing in national competitions all around the United States. It’s no wonder that Skinner felt at home when finally being allowed to shoot 125 targets at competition level – she’s a natural. With the Olympics within reach, Skinner is sure to fire a thrilling race. 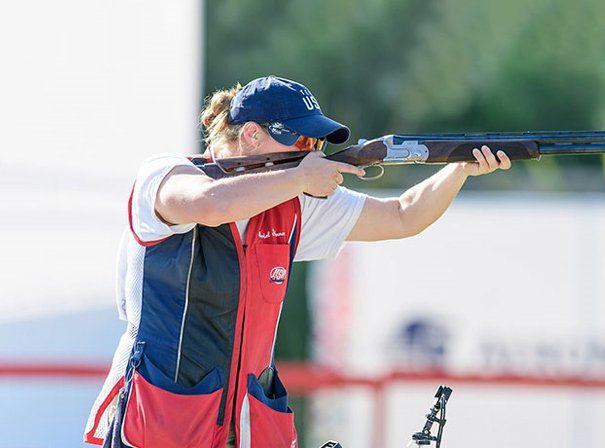