A rising star with a bright future, Aja NaomiKing is an American actress who is best known for her starring role as MichaelaPratt in the ABC legal drama series Howto Get Away with Murder.

King began her career in 2008 with a shortfilm entitled Gloria Mundi. Shecontinued working in short films where she appeared in two in 2010, Eve and A Basketball Jones. During this time she also appeared on thetelevision series Blue Bloods. Herfeature film debut came in 2011 with Damselsin Distress.

In 2012 King managed to gain a major role asthe main antagonist in the CW’s series Emily Owens, M.D. While the series was canceled in 2013, King’s starcontinued to rise. She appeared in two independent films in 2013, 36 Saints and Four, the latter of which won the Los Angeles Film Festival Awardfor Best Performance by an Ensemble. King continued to appear on television in The Blacklist, Deadbeat, and Black Box.

King’s biggest break camein 2014 when she was cast as one of the lead roles in ABC’s How To Get Away With Murder, MichaelaPratt. She was nominated for the  NAACPImage Award for Outstanding Supporting Actress in a Drama Series for this role.Her work in this role led her to be cast as Cherry Turner in the 2016 film The Birth of A Nation for which she wasnominated for two awards.

King is still dazzling audiences as MichaelaPratt in How To Get Away With Murder. She also appeared as the character in an episode of Scandal. She is set to appear in twofilms in 2019 The Upside and A Girl from Mogadishu. 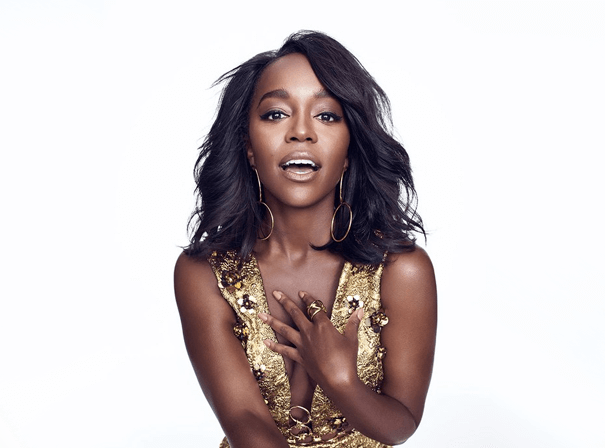